From the moment the Oscars nominations are announced, there is a buzz that builds like a crescendo until the night of the awards show. This year was probably more than the Academy Awards bargained for, with complaints of it running too long, being out of touch, or being too white. During the four-hour show, host Neil Patrick Harris, made light of the buzz with his comedic edge.

Like a double-edged sword, some of the buzz turned out to be true. Simultaneously, it opened the door to a conversation.

Watching Patricia Arquette accept her award for best supporting actress was like watching Olivia, the single mom she played in “Boyhood”, come into her own while putting her family first. Using the spotlight the win afforded her, Arquette brought forward an important issue affecting women: equal pay.

“It’s our time to have wage equality once and for all, and equal rights for women in the United States of America,” Arquette said.

It’s still a sensitive topic, even hundreds of years after Susan B. Anthony, Elizabeth Cady Stanton, et al, took up the mantle of women’s suffrage after the Civil War. It took the movement more than 70 years to get the 19th Amendment passed, granting women’s voting rights. Unfortunately, it has taken much longer for equal pay and equal rights to come into play in the U.S.

If you look to Hollywood in its liberal setting as the gauge of women’s equality, there’s a gaping hole between genders. In 2014, the highest paid male actor was Robert Downey Jr. with a jaw-dropping $75 million, while his female counterpart Sandra Bullock made $51 million, just below the second highest paid actor, Dwayne Johnson, better known as “The Rock”.

These figures may seem appalling, but if liberal America can’t seem to get it right, what does that say for the rest of us?

What does that mean for that young mother who is working hard at two or three jobs trying to put food on the table and a roof over her family’s head, while her male counterpart is making do with one job? What does that say for that young teenage girl that invests money into a college education, only to be offered less pay for the same amount of work as a young man once she graduates?

What are we telling our daughters and sisters with this inequality? Try your best, give it your all, and you’ll be good, just not good enough?

In presenting the last award for best film, Sean Penn caused quite a stir before announcing “Birdman” and Alejandro González Iñárritu as the winner for the prestigious award.

“Who gave this ‘son of a bitch’ his green card?” Penn said.

Iñarritu accepted his award not only acknowledging the people of his home country, but also to the immigrants living in the U.S.

“I want to dedicate this award for my fellow Mexicans, the ones who live in Mexico. I pray that we can find and build the government that we deserve, and the ones that live in this country who are part of the latest generation of immigrants in this country, I just pray that they can be treated with the same dignity and respect of the ones who came before and build this incredible and immigrant nation,” Iñarritu said.

I was left fuming and speechless, remembering during my childhood, my aunt being put down by others for being an immigrant. Iñárritu was graceful, when talking with a reporter, saying he and Penn were old friends and that he had found it hilarious.

In all honesty though, it’s not the intent that’s important insofar as the perception or how it’s received. Cultural jokes, like religion and politics, are taboo subjects for a reason, because someone will always walk away getting hurt.

While most people get it was a joke, it’s still not okay to appear to be knocking someone’s moment of glory with a green card joke.

That is the part that hurts, that no matter how hard you try or how much you achieve, you will always be perceived as that immigrant that took something away from the real Americans.

Lucky for me, I was born in this great nation of ours, so I guess that makes me one of those real Americans, even though were it not for my parents immigrating to this country, I wouldn’t be one of the few that are privileged. But the truth of the matter is, that everyone that ever came to these great United States was an immigrant at first, including the founders of our Constitution and the first president.

The only true American will ever be the Native American Indian, the rest of us just got lucky to be part of this wonderful melting pot we call America, where the Statue of Liberty offers immigrants a chance at a better life. Opening her outstretched arms, she tells the world to, “Give me your tired, your poor, your huddled masses yearning to breathe free”.

Free to be Americans, free to be equal, free to make a decent living, free to become someone of greatness. The Statue of Liberty is inclusive and we should be too.

After 87 years on the scene, so should the Oscars. 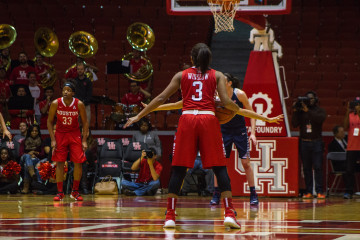