WASHINGTON — The potential separation of the immigration debate from Department of Homeland Security funding puts at least eight senators who have spoken critically of President Barack Obama’s executive actions in the spotlight.

After the fourth attempt to pass the DHS funding bill failed Monday, Senate Majority Leader Mitch McConnell, R-Ky., introduced a new bill that would separate the department’s funding from anything related to immigration.

The new bill addressing immigration would be sponsored by Sen. Susan Collins, R-Maine, and would prohibit funds from being used to carry out certain executive actions related to immigration, as well as other purposes.

While the provisions regarding immigration continue to remain on the DHS funding bill, it is expected Senate Republicans will still bring up the plan to separate the bill that would block Obama’s executive actions.

After the introduction of the immigration bill Monday, McConnell called out Democrats who had been critical of the president’s actions. He said in a statement that the bill removed their excuses by setting up a simple equation: “Either stand in defense of extreme overreach, or stand with constituents in support of shared democratic values.”

When asked which senators could help push the GOP over the 60-vote threshold it needs to pass the immigration bill, an aide to Majority Whip Sen. John Cornyn identified seven Democrats — Joe Manchin of West Virginia., Joe Donnelly of New York, Jon Tester of Montana, Claire McCaskill of Missouri, Heidi Heitkamp of North Dakota, Al Franken of Minnesota and Mark Warner of Virginia — and one independent, Sen. Angus King of Maine.

If the two bills are split, these senators become the wild cards who could decide whether the new bill goes to the House. Regardless, Obama would likely veto any bill that attempts to override his executive actions.

Republicans, however, have found one secure ally in the Democratic caucus. Manchin, who appeared on Fox and Friends to speak about the Keystone XL pipeline and DHS, said he was in favor of McConnell’s initiative.

Manchin also acknowledged there are other Senators who could possibly side with the new proposal, but said he couldn’t speak on their behalf.

With Manchin’s “yes” vote, McConnell would have to get at least five of the seven remaining senators on his side in order for Collins’ bill to pass.

Houmans: "My advice to young adults…" 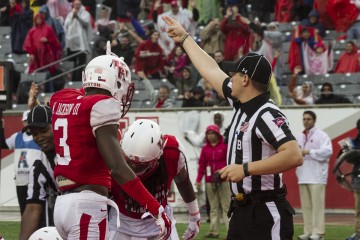