President Obama announced his intent to nominate Vice Admiral Peter Neffenger to be the next TSA Administrator. Neffenger has served as Vice Commandant of the United States Coast Guard since May 2014, and is a widely recognized as an expert in crisis management an port security.

“The talent and expertise Vice Admiral Neffenger brings to his new role after more than three decades at the U.S. Coast Guard will be valuable to this Administration’s efforts to strengthen transportation security. He has been a recognized leader in the face of our nation’s important challenges, and I am grateful for his service. I look forward to working with him in the months ahead,” said President Obama.

Neffenger joined the Coast Guard in 1981, and has served in a number of positions, including Deputy Commandant for Operations, Director of Strategic Management and Doctrine and Deputy National Incident Commander for the Deepwater Horizon oil spill.

The nomination comes approximately four months after John Pistole, the previous TSA administrator, stepped down to become the president of Anderson University. Neffenger’s nomination comes at a time when the TSA has been under fire for a groping scandal and a series of security incidents involving airport employees.

During the last search for a TSA leader, Obama ran into opposition from Congress. Pistole was the third nominee for the position. The Republican-controlled Senate is expected question Neffenger extensively in light of the issues currently surrounding the agency.

TSA’s current acting administrator, Melvin Carraway, informed his workforce the nomination process is a lengthy one and acknowledged the strain leadership changes cause within the organization.

“One strength evident in our TSA culture is being adaptable and flexible in an ever-changing environment, and that includes changes in leadership. As the nomination process begins, it is important that we all remain focused on the job at hand – our counterterrorism mission,” said TSA acting administrator Melvin Carraway in a message to employees. 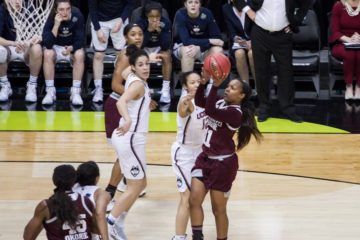