The U.S. Geological Survey confirmed the magnitude 7.8 earthquake occurred approximately 50 miles northwest of the Nepalese capital of Kathmandu at around 11:56 a.m.(1:30 to 2 a.m. CT).

This is the second deadliest earthquake recorded in Nepal history. The first occurred in 1934 with a magnitude of 8.0, and killed more than 10,000. 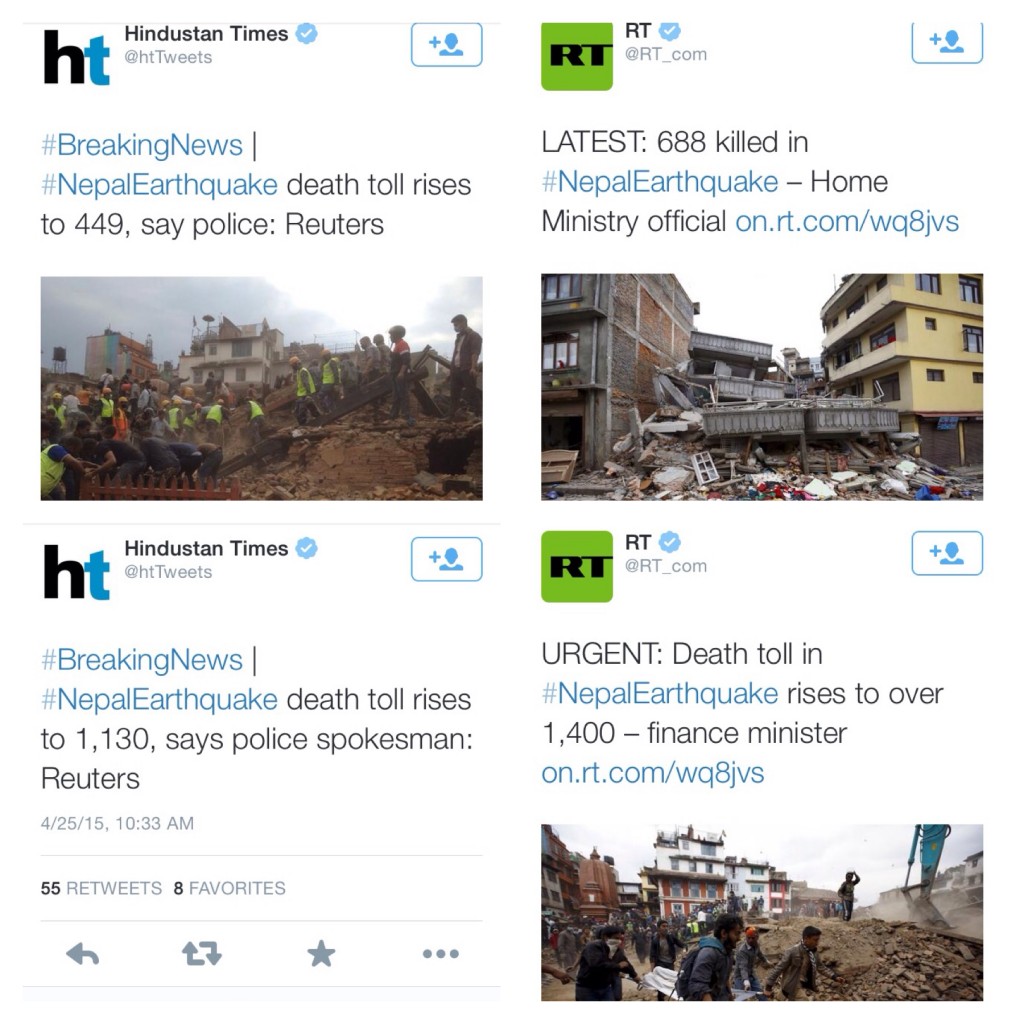 The number of deaths started in the hundreds but is now nearly at 1,500, and is expected to continue rising by the hour. Victims have been reported in India, Tibet, and Bangladesh. The earthquake also triggered an avalanche on Mount Everest, killing a reported 18. 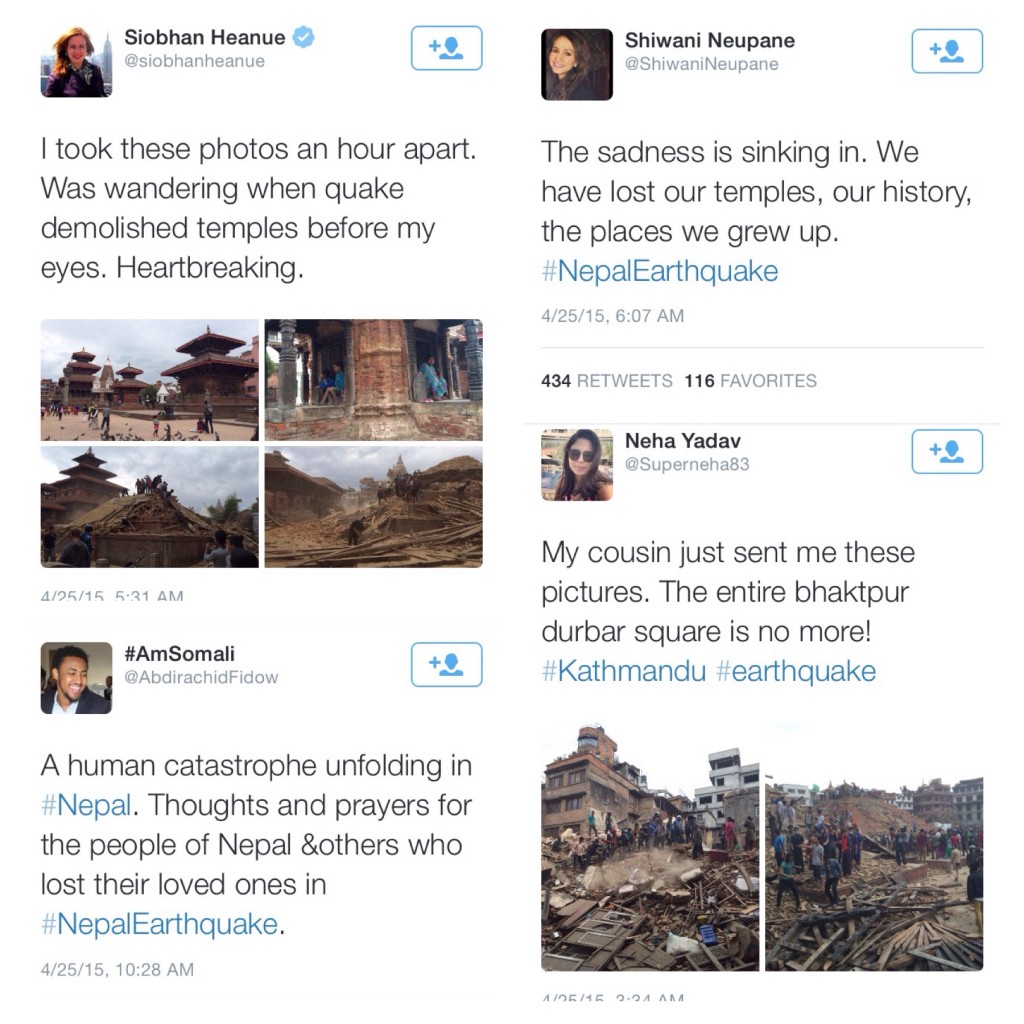 Before and after photos were shared after the collapse of the historic Dharara Tower and Bhaktapur Durbar Square. 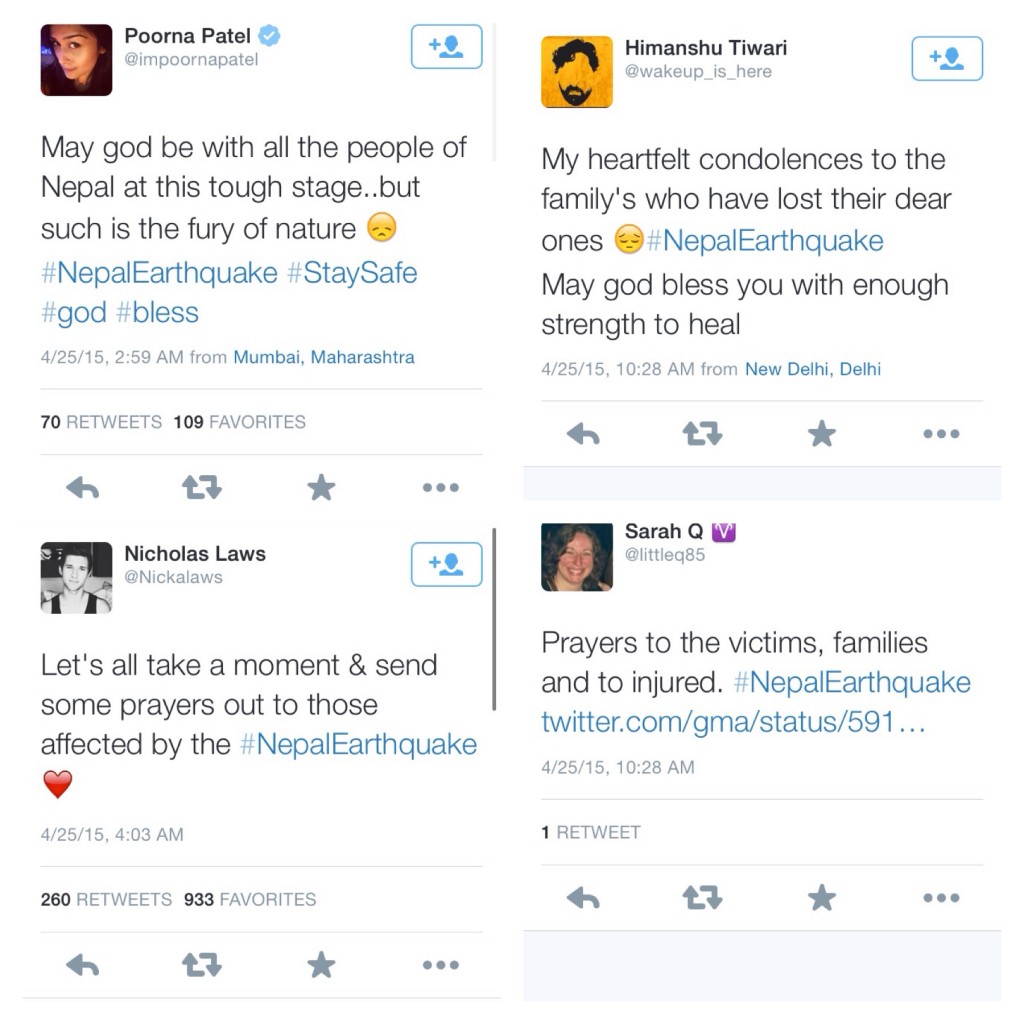 Users took to Twitter to offer their condolences for the victims of the deadly earthquake. It is expected that thousands will be left homeless tonight. India has sent aircraft with medical supplies and rescue teams. Other countries who have pledged to send aid are Pakistan, Norway, German, and the UK. 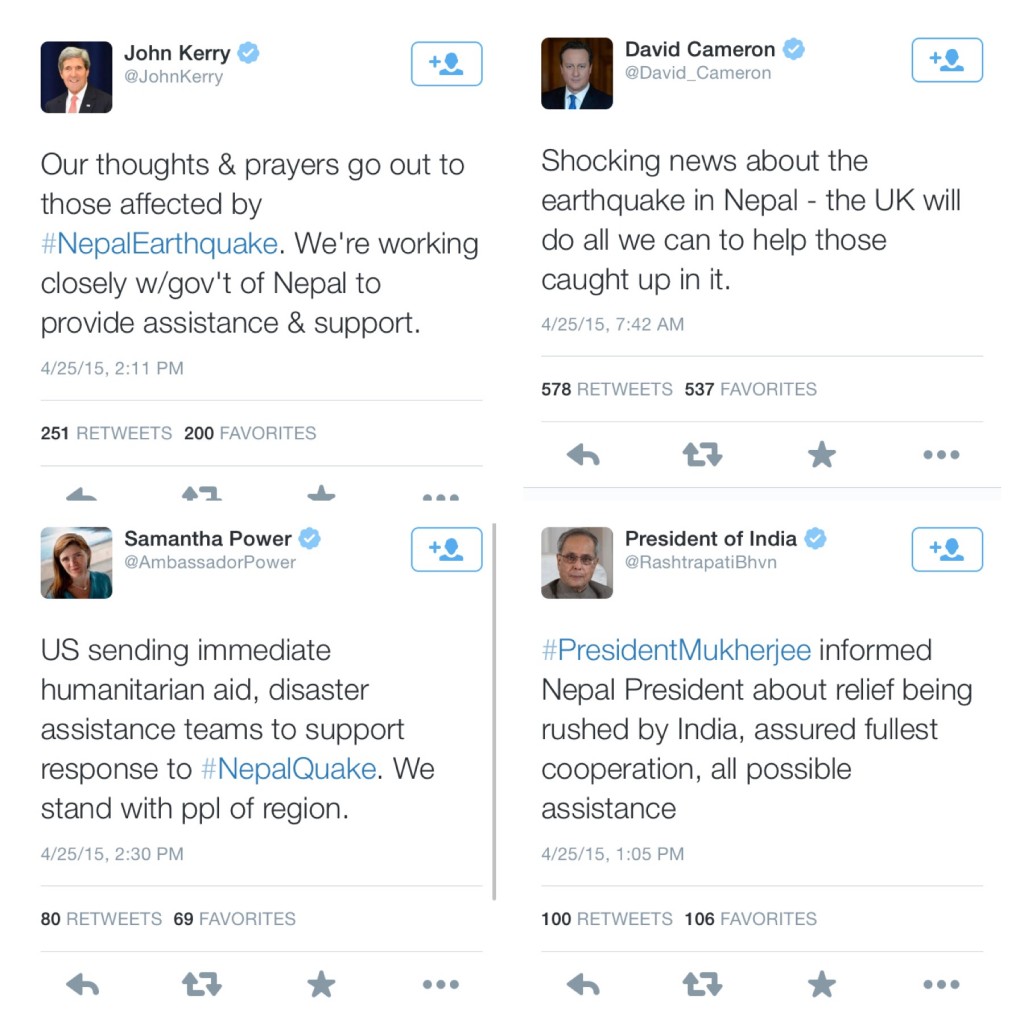 Secretary of State John Kerry issued a statement expressing his condolences and offering aid to the country of Nepal:

“Ambassador Bodde has issued a disaster declaration in order to immediately release an initial $1 million for humanitarian assistance. USAID is preparing to deploy a Disaster Assistance Response Team and is activating an Urban Search and Rescue Team to accompany disaster experts and assist with assessments of the situation.”

To help the families and victims of the Nepal Earthquake, click here or here. 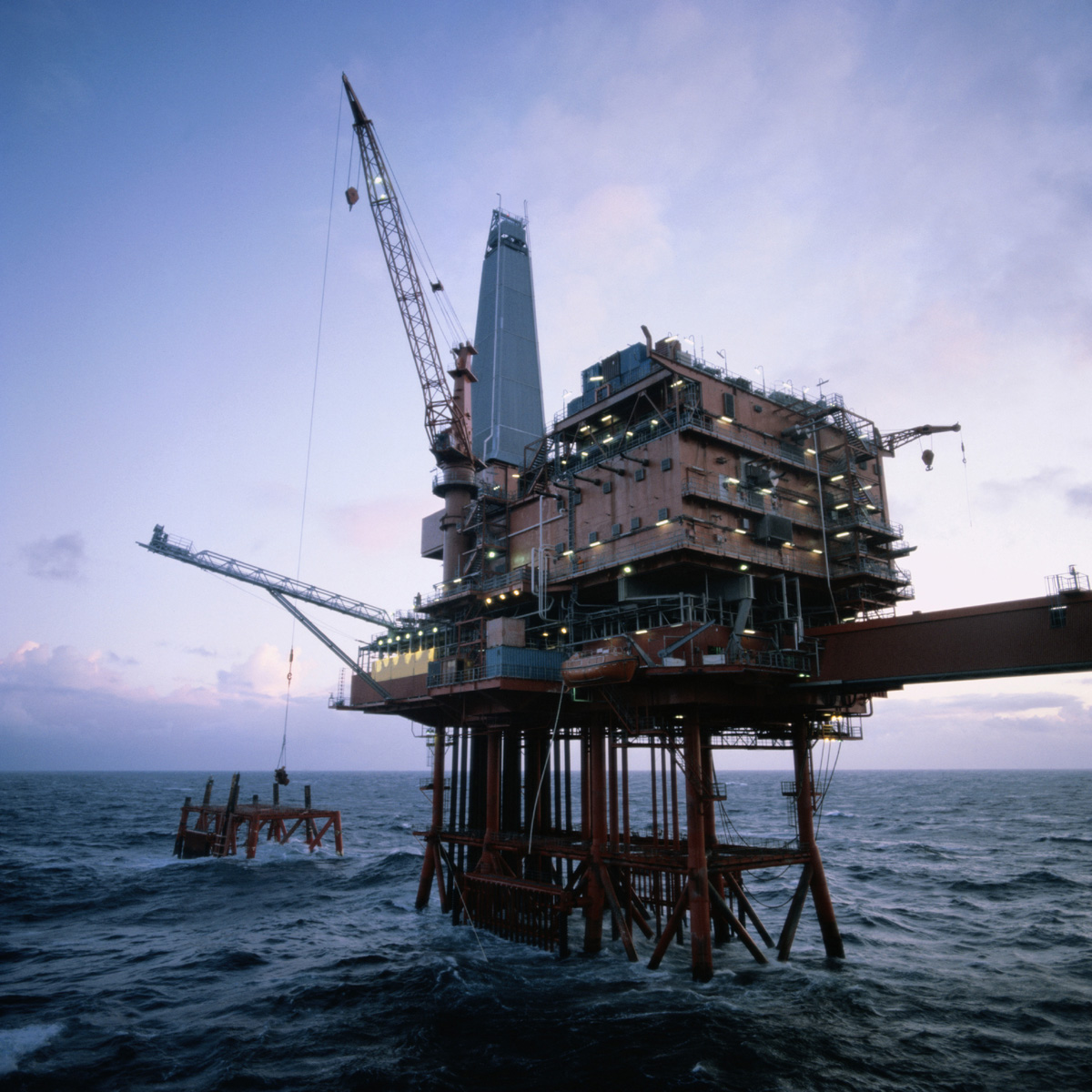