It actually occurred to me when I was going through my girlfriend’s computer- no, I wasn’t being nosy like some dweeb in a Southwest Airline commercial, a jealous loser who clearly needs to “get away.” I was attempting to retrieve a Word document she had stored for me two weeks earlier. Look, trying to navigate someone else’s technology, when one of you uses a Mac and the other a PC, can be cumbersome at best, but stop interrupting me. You’re missing the point! I am amazed that now it is rare that you come across a workout fanatic on Tumblr, fitness magazines, Instagram, or even your girlfriend’s Facebook page, for that matter, without noticing pictures she has “liked” from fitness gurus, like Jen Selter.

But your girlfriend is not alone. There are about five million other followers who can’t get their eyes off of the 21-year-old who does a lot of leg and squat workouts. I’m sure guys admire her butt and nicely toned legs, while girls, creating their own accounts, are dedicated to their squatting techniques that focus mainly on their backside.

The question is, like other regimens, is this is a lifestyle that many professional trainers will instruct? Or is this merely a trend that woman are falling into to make guy’s eyes pop out of their sockets like a Looney Tunes character? My curiosity for why so many women are obsessed with butt workouts could come to an end if answered by a fitness professional.

Perhaps women are trying to enhance their appearance in those jeans that they’ve purchased, but rarely put on, because they realize that they’re going to have to at least meet the garment half way if they wish to look like the women in the videos- who look like their pants were painted on. Or maybe the popularity of rap/pop artists, like Nicki Minaj, is the inspiration? We all saw the infamous picture of Kim Kardashian that broke all social networks when she posed nude to reveal her considerable… “assets.

This seems to be a trend that has grown more and more popular over the past… two years. I don’t think Richard Simmons was instructing women how to tone their butts back in the 80s with sexually provocative songs like Anaconda by Nicki Minaj (you know the lyrics. “My Anaconda Don’t Won’t None Unless You Got Buns, Hun”).

I guess I’ll have to take it upon myself to investigate this issue… or I could just ask Uncle or Pops, but I don’t want to get them started! 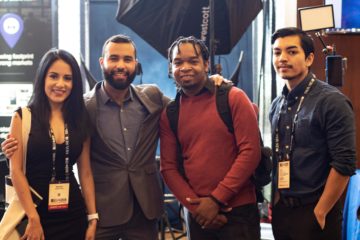