Harris County Precinct 4 Constables responded to the motel at around 1:20 am on the morning of Friday, June 5, 2015. Deputies found the deceased male in a second floor room, after a 911 call had been placed. The caller stated that a male knocked on the door of the room, when the complainant opened the door he was shot by the suspect who then fled on foot.

The video surveillance has captured the male suspect in the parking lot, as well as a late model dodge pickup truck seen leaving the scene. He is described as a black male, 20 to 25 years of age, wearing blue basketball shorts and a long sleeved black t shirt, and a red towel. The suspect’s tennis shoes have a distinctive “swoosh” Nike emblem on the sides. 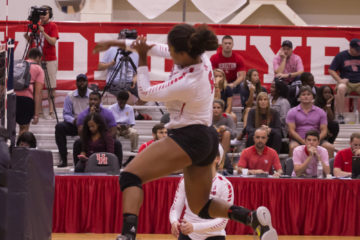