July 28, 2021 Francisco Casillas
Home»News»Top prospect for the Houston Astros gets the call
News/Sports

Top prospect for the Houston Astros gets the call

Many have been waiting for the 2012 number one draft pick, Carlos Correa, to be called up to roster since he signed on the dotted line, and the wait is finally over for Houston Astros fans.

After starting his year with Double-A in a Corpus Christi Hooks uniform, Correa made the transition to Triple-A, playing for the Fresno Grizzlies.

He was the first player from Puerto Rico to ever go at number one in the draft, and he was named to the All-Star Futures Game in 2013. MLB.com also named him the number three prospect and top shortstop prospect in 2015. In addition, Correa has been named the number one prospect for the Astros this year.

Some fans think it may be early to call up Correa, especially after fracturing his fibula last year, but only the Astros know for sure what this young man is capable of.

Correa was drafted at 17-years-old, and Monday night’s game against the Chicago White Sox also makes him the youngest player to enter the majors.

He may be a bit nervous and eager to show what he can do, but somehow I think he will fair just fine and keep himself mentally under control.

Top prospect for the Houston Astros gets the call 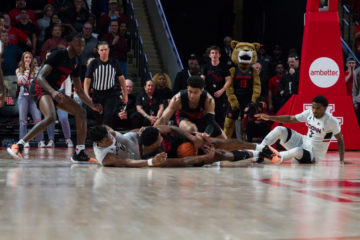