Un gallo con muchos huevos, directed by Gabriel Riva Palacio Alatriste, is an animated Mexican movie about chickens and eggs trying to figure out how to save their ranch after learning that their owner has gone bankrupt.

Cock fighting is a big deal where they live. People bet on who will win the match and the owner with the winning rooster receives a hefty amount of money. Toto, the main character who hasn’t been able to officially grow into a rooster, is the chicken that has to fight the undefeated Bankivoide. Although Toto is weak and has never fought in his life, he remains hopeful with the help and support of all of the animals and eggs on the ranch. They watch him grow into a well-rounded rooster, as he does everything possible to save the ranch, while also wooing Di, the chick that he’s wanted to be with.

This Rated PG-13 film included the voices of Bruno Bichir, Carlos Espejel, Angelica Vale, Omar Chaparro, Maite Perroni, Sergio Sendel, Ninel Conde, and Jaime Aymerich. Although the movie is in Spanish, the subtitles were easy to follow and weren’t distracting. The movie also seems like it should be rated G due to the storyline, but after watching it, it’s understandable why it’s not. Some of the jokes in the movie are targeted toward an adult audience, but the quirky characters and wild adventures are likely to have the kids laughing too.

Overall, Un Gallo Con Muchos Huevos is a funny and adventurous film that any family can enjoy. 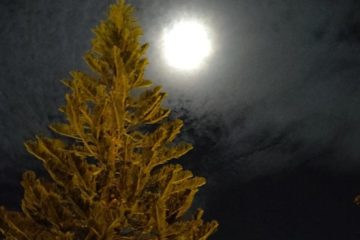