The fire in the Houston Dynamo was lit as they played with hunger for the playoffs, topping the Colorado Rapids for the first time since 2009.

Brad Davis started his 300th game, and what better way to celebrate it than by scoring the game-winning goal 69 seconds into the second half, giving the Dynamo a 3-2 victory at BBVA Compass Stadium.

With the win against the Rapids, the Dynamo move up to the seventh seat in the ranks. However, they still trail three points behind the Portland Timbers -who won earlier today- for the final playoff spot in the Western Conference.

The Dynamo managed to set the pace of the game within the first three minutes of the game when Giles Barnes stumbled and recovered in the penalty area to place the ball in teammate Leonel Miranda’s path to score the first goal of the night.

Their lead wouldn’t last long, however.

In the eighth minute, Colorado’s Vicente Sanchez evened the score with an exclamation point on a 28-yard free kick. Finding a small window of opportunity, Sanchez pinpointed the ball around the wall, just inside the post, where Dynamo goalkeeper Tyler Deric couldn’t reach the ball on time to prevent the goal.

Both teams would have their share of scoring opportunities.

Houston capitalized first- scoring their second goal of the game when Will Bruin facilitated a go-ahead goal in the 24th minute. Bruin positioned himself down the line to beat Sean Lt. Ledger to the ball. As Barnes cut in, Bruin took an extra touch to dance around the defender and lined Barnes up for his seventh goal of the season and the 2-1 lead over the Rapids.

Unfortunately, Sanchez worked his way through Houston’s defense to even the score in the 44th minute to end the first half.

After the halftime break, Houston would answer the call with aggression as Will Bruin would score their third goal of the game at the star of the half.

The Rapids would try to rally back on several occasions, but ended up in naught as they were halted by the Dynamo’s defense.

On one occasion, there was a sense of dejavu as Sanchez was awarded a 26-yard free kick at the 77th minute and, as before, Sanchez pinpointed the ball through the wall. Except, this time Houston’s goalkeeper was ready as Deric jumped to his right and deflected the ball for a Colorado corner kick.

With three games left in the regular season, Houston will travel up north to face their Interstate-45 rival, FC Dallas, in a must-win game to keep their playoff hopes alive.

Cougars tally another 3-set sweep against the SMU Mustangs 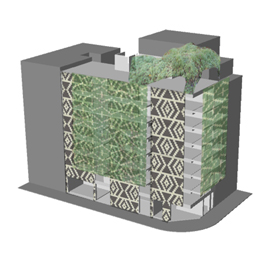