In a game where Greg Ward Jr. and the Houston Cougars could do no wrong, the Texas State Bobcats absolutely could not do right.

Ward and the offense showed just how prolific they can be, racking up 42 points to the Bobcats’ 7 in a first-half onslaught. This was their highest scoring half since Nov 28, 2009 against the Rice Owls, a week where they rose to number 18 in the AP Top 25.

Though the offense was a balanced attack in the half, rushing 26 times and passing 18 times, it seemed like the ball was always in the air as Ward and his targets hooked up for several big passing gains.

Chance Allen had a long reception of 32 yards, Steven Dunbar had one for 65 yards, and Demarcus Ayers was the receiver of the half, finding the ball eight times for 126 yards, the longest being 50 yards, and reaching the end zone twice. He also broke out the backfield for a 53-yard rush.

Houston’s favorite target has embraced his combo role as a receiver and rusher.

“I love it because it creates chaos on defense,” Ayers said. “I’m not just catching the ball, but running the ball out of the back field and getting the ball a variety of ways is helping me become more of a two-dimensional player.”

Still, it was a balanced attack. Houston would finish the game with a total offense of 689 yards, 366 on the ground and 323 passing, defeating the Bobcats 59-14 and improving to 3-0 on the season.

Greg Ward Jr. set two new career bests with four passing touchdowns and 91 rushing yards. He completed 17 passes in just 21 attempts for 274 yards and rushed for two TDs as well, all before being pulled with 6:03 left in the third.

On the other side of the ball, it was the defense that suffocated Bobcats’ QB Tyler Jones and his offense.

It seemed like the game would stay competitive as the Bobcats would drive the ball deep their first possession, before receiver Lawrence White coughed up the ball at the Cougars’ 15, and then actually tying up the game 7-7 after a four-yard TD rush by Jones late in the first.

They wouldn’t score again until the second and third stingers appeared- a one-yard rush at the 12:47 mark in the fourth quarter.

The Cougars’ defense allowed only 99 total rushing yards in 32 attempts and, while they allowed 302 yards through the air, they forced Jones into two interceptions, his first of the season and first in 223 attempts. One pick was taken all the way to the house by William Jackson III.

The only negative takeaway from the game was the slew of penalties, 10 total for 69 yards. Though, a majority of them were false starts during kickoffs and the beginning of drives.

Still, Tom Herman was not pleased. “Obviously the penalties on special teams are still just immensely frustrating,” Herman said. “I told our guys at halftime, if they’re expecting a pat on the back for being up 42-7, then they’re in the wrong program.”

The Cougars start their first game of conference play against Tulsa (2-1,0-0) next week in Oklahoma. 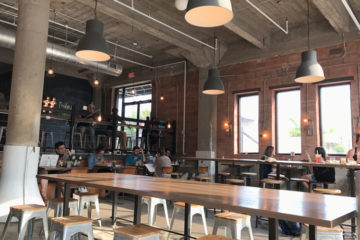