Jesus Salvador Treviño began his career in film and television as a student activist documenting the 1960s Chicano civil rights movement, and today he has become one of the most noted American television director of Mexican descent.

As a Hollywood director, Treviño has earned credits on television series like “Bones”, “Criminal Minds”, “Dawson’s Creek”, “Prison Break”, “Chicago Hope” and “Law and Order: Criminal Intent”. He has also served as the executive producer of the four-part 1997 PBS documentary series, “Chicano History of the Mexican American Civil Rights Movement.”

His contribution and commitment to highlighting the issues in the Latino community has earned him the recognition of other respected producers, directors and actors. He has won the Directors Guild of America award and two Alma awards for outstanding director of a television drama and for co-executive producer of the best prime-time drama series, “Resurrection Boulevard.”

As an author his work includes “The Fabulous Sinkhole and Other Stories” and “The Skyscraper That Flew”, both collections of short stories, and his memoir “Eyewitness–A Filmmaker’s Memoir of the Chicano Movement.”

Jesus Salvador Treviño will be at the University of Houston as part of the “Latino Americans” film screening on October 1. He will also appear at the 4th Annual Houston LibroFest.

The Venture: What does Chicano mean to you?

Jesus Treviño: Chicano to me, it represents Mexican American, political-social sense of who he or she is and of the social-political struggles that need to be taken care of to better the Latino community.

TV: How would you describe the difference between Latino and Chicano?

JT: Sometimes the term Chicano may be limited; it limits people you are talking about. When I’m casting for a movie or a show I’m looking for bilingual people who may be Puerto Rican, Mexican American, Colombian or Cuban American. If I say Latino diverse people will come and it’s a more appropriate term in Hollywood in terms of the diversity. For situations like Hollywood, the term Latino is preferred, but when you are in East Los Angeles or Texas you might hear the term Chicano or Raza for Mexican Americans.

TV: What were some of the reasons you made your documentary “Chicano History of the Mexican American Civil Rights Movement”?

JT: When we started to make the documentary, we wanted to have a story of Civil Rights Movement that took place in the late 1960s and we wanted to describe the events, the United States’ attitude, and how it was possible to improve the conditions of Hispanic society in terms of political representation, better schools, higher income, jobs and housing. The documentary shows activists that participated in World War II with children that constituted the new generation. They were looking at the world they are living in terms of great injustice, great discrimination and great poverty. That was when they decided to do something about it.

TV: Did your perceptions about the Hispanic community change after filming the documentaries?

JT: When you start to get more in depth you begin to discover new things and when you find more information, your perception changes. You might realize things were not as described and that some of the information is not as important as I thought in the beginning. That’s why I had to be flexible.

TV: What do you think about the current immigration system and what would you change?

JT: I think that as everyone acknowledges, the immigration situation in America is critical. Workers from Latin America and mostly from Mexico are indispensible. They are the prosperity of this country. I think society has to figure out what the undocumented immigrants represent, but at the same time they have to find a way to legalize them. It is not fair to have these workers being paid at minimum wage and be all the time under the pressure of being deported or taken to prison.

TV: How do you feel about the way Donald Trump portrayed Mexicans during his campaign?

JT: Well I think that if Donald Trump’s marks wouldn’t be so damaging to Latinos, I would laugh it off as if it was being said by someone who knows nothing, but he is using Latinos in many ways in which early Adolf Hitler used Jewish population. He wanted to get the citizens to back him up and believe him. He created a unity so they can hate together and I think that’s what Donald Trump is doing. He is making Americans feel more insecure about their jobs and he wants them to start taking it out on Latinos. This is his approach on gaining popularity.

TV: What do you think about the situation in Mexico with the discontent of people with the current president Enrique Peña Nieto?

JT: I think the situation in Mexico is very sad. Corruption is there and it undermines the government’s ability to govern. When you have municipal, county, state and even federal officials involved in corruption it makes it very difficult to maintain any sense of safety, any sense of justice of Mexicans citizens. The reality is that the cartels of drugs would not have existed without United States usage of the drugs, so part of it doesn’t have to do only with Mexico, but also United States desire for illicit drugs.

TV: What made you become an activist as a student?

JT: I grew up in poverty and I know what it’s like to wait until the end of the week to get decent food from your paycheck. I know what it’s like to be poor. As I growing up, I thought at first that this was maybe because Mexicans and Latinos were not serious. As I got older, I began to realize that if you’re Latino, your success is very limited. That’s when my generation and I decided we wanted to see a social change. We began by marching on the streets and protesting. We started challenging school districts, voters, general mangers in politics. We wanted to see a positive change in our community.

TV: What would be the message you want the new generation to get from the documentary “Latino Americans”?

JT: Latino Americans is an important show. It demonstrates the contribution of all the Latinos in this country. Not just the Mexican-Americans, but also the Puerto Ricans, Cuban-Americans and of course all the immigrants that today are considered part of the success of America. I think it’s important for us to acknowledge and be proud of these contributions, because this society always tries to paint us as villains and bad guys, but they don’t see the people that made America great.

Mihaela Cheptene is from Republic of Moldova and is studying broadcast journalism at the University of Houston. Her goals are to finish college and find whatever the future holds for her. She wants to become a reporter because every day is different and believes that's what makes the profession so interesting. Along the way, she hopes to meet new people, learn different cultures and be able to find out more about society.
Fun fact: She speaks four languages. 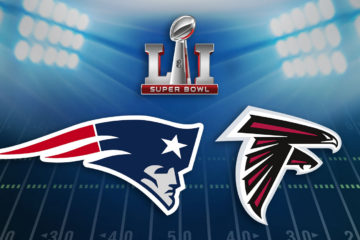