Trailing 14-3 by halftime, the Sam Houston State Bearkats rallied against the SFA Lumberjacks for a 34-28 win in the 90th “Battle of the Piney Woods” game, Saturday at NRG Stadium.

As the second quarter came to an end, Sam Houston State’s offense could produce a total of only 71 rushing yards and 100 passing yards.

However, the problems didn’t stop on the offensive side for the Bearkats. Sam Houston State had no answer SFA’ passing game, allowing a touchdown on both their possessions.

Despite the misfortunes the Bearkats were having, they weren’t going to make things easy for the Lumberjacks.

“Coach (Clint) Conque made some smart adjustments and gave us a defensive look we haven’t seen,” said Sam Houston State’s Head Coach K. C. Keeler. “We decided in the second half we just needed to run the ball at them.”

After an unproductive drive by SFA to start the third, life was brought back to the Bearkats when special team’s senior, wide receiver, Gerald Thomas returned the first punt of the second half for a 78-yard touchdown, making the score a four-point game.

The scores wouldn’t stop there. With nine minutes left in the quarter, Sam Houston State’s senior running back Donovan Williams rushed up the middle from SFA’s 4-yard line for the touchdown.

Unfortunately, the lead didn’t last long as SFA answered with their own touchdown when junior QB Zach Conque rushed for a one-yard touchdown, putting the Lumberjacks ahead 21-17.

The Bearkats would respond again to retake the lead 24-21 after a Lumberjacks’ punt. Sophomore wide receiver Yedidiah Louis would be the second Bearkat of the night to return a punt for the score- 53 yards for the touchdown.

Sam Houston would then extend their lead their first possession of the fourth quarter with a one-yard touchdown by sophomore running back Cory Avery.

With 10 minutes left in the game, the Lumberjacks had difficulty getting anything going against the Bearkats’ defense, but would finally score when freshman running back Loren Easly broke free for an 80-yard touchdown.

Ultimately, Sam Houston State would seal the victory when the defense kept the Lumberjacks at bay after a field goal made by SHSU junior kicker Luc Swimberghe.

“We’ve been a bit inconsistent early, but today went it counted, our players stepped up and got it done. It was a pretty good show all day with our guys competing.”

With the win over SFA, Sam Houston State would claim its fifth straight “BOTPW” Trophy, and increase their record to 53-35-2 all-time against the Lumberjacks. 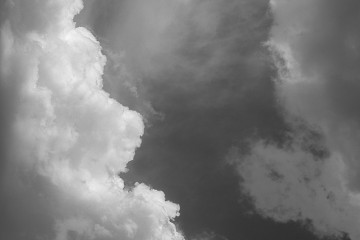