We all knew the Cavs, Bulls, and Wizards would be good last year, but after some teams exceeded expectations and after some offseason acquisitions, there will be even more talent this season. Despite not having a true superstar and not being loaded with talent, the Hawks had the second best record in the entire NBA, winning 60 games. Now, they sputtered to the finish line, and they probably would have gotten beat by the Wizards if John Wall remained healthy, but they still made it to the Eastern Conference Finals. Just don’t look at how they did against the Love-less Cavs. Despite that, they’ll compete once again this year. Miami won only 37 games last year, but they lost a lot of games due to Bosh’s freak injury, and they didn’t get enough time to mesh their mid-season addition, Gorin Dragic, into the mix. Hassan Whiteside greatly rose to the occasion last year, becoming one of the biggest breakout players of the year. They resigned Wade for this year, Bosh is back, and with the addition of Gerald Green, Amar’e Stoudemire, and rookie prospect Justise Winslow, expect at least 15 more wins from them. Boston really caught their stride last year towards to end of the season, dropping off Rajon Rondo to Dallas and adding Isaiah Thomas. With this offseason’s trade for David Lee, they should definitely be above .500 for the season. The Pacers are going to be good this year, but don’t expect the Pacers who challenged LeBron and the Heat. They’ve lost Scola, Hibbert, and West this offseason, but they’ve added Rodney Stuckey and Monta Ellis. They’re going to be a super small team, George is expected to play Power Forward, in a small league, but don’t expect them to lack any explosiveness. To round off the East, the Bucks is going to be my team to watch this year. Jabari Parker is back after a short rookie year to play along side the newly-signed Greg Monroe, and starters Carter-Williams, Antetokounmpo, and Middleton. This is a young, long, athletic team.

If you felt the NBA was lacking some star power last year, it’s because it was. Carmelo Anthony struggled with his left knee all last year, and, when the Knicks’ playoff chances were most bleak, they shut him down to prevent further injury. Paul George missed all but the final stretch of last season due to the brutal injury he suffered in the Team USA scrimmage. He played a handful of games at the end of the year, but, of course, he wasn’t at 100 percent. After George’s injury, Durant withdrew from Team USA activities. Ironically, he underwent season-ending foot surgery in February. Kobe Bryant is cleared to go for the beginning of this season after suffering his third major injury three years in a row, playing only 41 games in the last two regular seasons. Lastly, Chris Bosh missed significant time last year after having the scariest injury of them all, blood clots in his lungs. Fortunately for basketball fans, he’s all cleared for this season.

The past two years haven’t seen the most loaded drafts, but the best players are expected to be really good. Last year’s top picks of Wiggins, Gordon, Exum, Peyton, and even LaVine lived up to the hype. Unfortunately, we never got to experience a full Jabari Parker and Julius Randle season, but they’re healthy and ready for this year. D’Angelo Russel is expected to be the next great Laker point guard, and Karl-Anthony Towns and Jahlil Okafor are supposed fill the lack of talented bigs in the league. Still, the most polarizing draft pick will be Kristaps Porzingis, the Knicks selection out of Spain. A lot of people glared at Phil Jackson when they made the pick, and they still do, but if Porzingis is as good as they think he will be, he’ll be great.

This may not be all that exciting for LeBron haters, but it should be exhilarating for NBA fans. James, Irving, and Love all dealt with nagging injuries last year, and while they didn’t suffer any season-ending injuries, aside from the ones in the playoffs, they didn’t play healthy together for most of the season. They also didn’t catch fire last year until the addition of JR Smith and Iman Shumpert, despite lacking their starting center, Anderson Varejao. If they can all remain healthy, you’re looking at younger, more exciting team than the James-led Heat.

The Battle for 8th

In the West, the first seven playoff spots are a lock, in my opinion. The first six will belong to the Rockets, Warriors, Spurs, Clippers, Thunder, and Grizzlies (in no particular order), and the seventh will go to the Pelicans. The usual playoff suspects, Portland and Dallas, were absolutely gutted this offseason, losing almost every star and role player possible. Damian Lillard is the only star left between the two teams, unless you count Dirk Nowitzki. The most logical pick for the 8th spot would be the Sacramento Kings. Not lacking any talent with Cousins, Rondo, Gay, and Collison, this is a team that will have to work through some personal issues. If they aren’t the absolute pick, the real battle will be between the Kings, Suns, Jazz, and Lakers. A sub .500 team may make the playoffs in the West this year.

After a controversial pick for MVP (depending on who you ask), this year’s race will be an even tighter one as more legitimate candidates emerged towards the end of last year. Realistically, unless another candidate emerges, the race will be between last year’s MVP Stephen Curry, James Harden (the player-voted MVP), Anthony Davis, and LeBron James. The most interesting aspect of the race will be where Russell Westbrook stands. He was a serious pick in the 5-horse race last year, and he was even in the argument for best player in the NBA. But, that was when Ibaka and Durant weren’t in the starting line-up and Westbrook had to average nearly a triple-double just for the team to stay afloat. Will his level of play transcend to this season?

6 teams in the West are poised the win 60 games this season. The Warriors did that last year, and, as they kept all their significant players, there’s no reason to doubt they’ll do it again. Western Conference finalists, Houston Rockets, won 56 games last year despite being one of the highest-ranked teams in injury minutes. They added a legitimate threat at PG and loaded up on shooters, all while maintaining their core group. 55-win San Antonio Spurs won free agency by adding LaMarcus Aldridge to their starting lineup and, legitimate starter, David West to their bench. 56-win LA Clippers can maximize their record with about 10 more wins, or lose 10 more games this season, as they added wild-cards, but skilled players, Lance Stephenson and Josh Smith to a very weak bench. LA native, Paul Pierce, was probably their best signing not named DeAndre Jordan. The Grizz won 55 games last year, and have essentially the same team this year. The big difference is, though they started off strong, they began to stall until they traded for Jeff Green and went on a run. They will have Green for all of this year. Lastly, the biggest, but not unlikely, reach is the OKC Thunder. A proven team already, they’ve struggled to stay healthy the past few years. Still, they were able to win 45 games last year despite Kevin Durant and Serge Ibaka missing a significant amount of time. Throw in their mid-season addition of Enes Kanter, and you have one of the longest and most athletic starting lineups in the NBA. The rest of their lineup is questionable, though.

MLS Playoff Predictions: Who's out after the first round 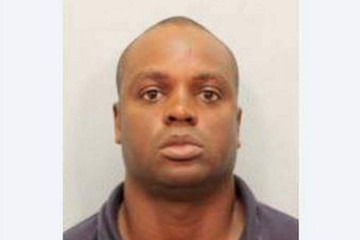