The MLS playoffs continue today when the eight remaining teams start the first of a two-legged game series for the Conference Semifinals.

The first game of the Eastern Conference Semifinals will be held between D.C. United and the New York Red Bulls. DCU arrives to the first leg of this series after defeating New England Revolution in the knockout round, 2-1, while NYRB had automatically qualified due to its top position in the league table. The last time these two met was in August for a league game, which NYRB won 3-0. Things seem a bit too difficult for DCU, who will try to take an advantage on their home turf when they collide against the best team in the Eastern Conference. NYRB had the most goals this season, and they will have to prove it by winning a road game before coming back home to play the second leg on Oct. 8. My prediction for this first leg game is a 1-1 tie as NYRB will begin to defend themselves if they score a goal, just to keep the advantage. This score will be crucial to D.C., who would be forced to score an away goal in the second leg to tie things up, something that will be difficult to do in the Red Bulls’ stadium.

Montreal Impact will go against Columbus Crew SC for the first game of their series, later that evening, for the second game of the Eastern Conference semifinals. Montreal appears at this game after crushing their rival, Toronto FC, 3-0 in the knockout round- four days after they had beaten them 2-1 in the regular season. Columbus Crew had prequalified for this game after finishing second in the league table. The Impact are on fire, and winning this home game will be key to winning the series. The Crew, on the other hand, won their last game, 5-0, in the final week of the regular season, beating D.C. United. This series promises to be one of the best matchups in the semifinals, and the Crew will have to demonstrate that, as the try to defeat Montreal for the first time this year. Montreal defeated the Crew 3-0 and 2-1 earlier this year. My prediction for this first-leg is Montreal 2-Columbus Crew 0. Montreal are playing their best soccer right now, and with Didier Drogba and Ignacio Piatti up top, a few goals are guaranteed.

The Western Conference semifinals start off with the Portland Timbers facing the Vancouver Whitecaps. The Portland Timbers make it to this game after beating Sporting Kansas City, 7-6, in one of the craziest penalty shootouts in MLS history, following a 2-2 tie in extra time. The Whitecaps had a spot in the semifinals thanks to their rank in the West. The last time the Timbers played the Whitecaps, the game ended in a tie back in July. I believe that if any of these teams has a chance to advance to the Western Conference Finals, it would be the Timbers because of their will to give it all in every single game. Therefore, I will predict that the Timbers will win their home game 1-0 to get ahead in this series.

The second game of the Western Conference semifinals will happen when the Seattle Sounders host FC Dallas in the first leg of their series. The Sounders appear in the semis after defeating the defending champions, LA Galaxy, 3-2 on Wednesday, for the single match of the knockout round. FC Dallas had an impressive season, ending first in the conference and securing their automatic semifinal participation. The last meeting these teams had was in June, in a match that the Sounders won 3-0. Seattle must play their best soccer at home and take an advantage, relying on Clint Dempsey to do some damage to FC Dallas before the away game. We must mention that Dallas was the best home team this season, making it almost impossible for a Seattle win in Dallas. My prediction for this game is a tie, 2-2, giving Dallas a good away-goal advantage for the second leg.

All game 1s will be played at: 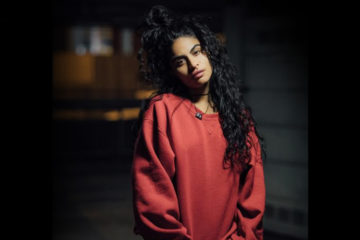