Dallas and Austin feel the bern ahead of Super Tuesday.

Democratic presidential candidate Bernie Sanders added two new Texas dates to his campaign trail. On Saturday he will be visiting Austin and Dallas, two of the most prominent cities in the state, just three days away from the big Texas primary on March 1.

Despite Sanders having the support of 62 percent of voters between the ages of 18 to 29, he continues to trail behind in the Lone Star State as a whole. According to a recent Texas Tribune poll, Hillary Clinton still has a 10 percent lead over Sanders in Texas.

The Sanders campaign released this statement ahead of his visit to the Lone Star State:

U.S. Sen. Bernie Sanders on Saturday will travel to Texas. The Democratic Party presidential candidate will host rallies in Austin and Dallas. Sanders will discuss a wide range of issues, including getting big money out of politics, his plan to make public colleges and universities tuition-free, combating climate change and ensuring universal health care.

In Austin, Senator Sanders will meet local supporters at the Circuit of the Americas race track in Southeast Travis County. He will address the crowd with hopes of giving his campaign a much needed boost before the imminent Super Tuesday primary.

Following the Austin rally, Sanders is expected to travel to Dallas around 3 p.m. as part of his “Future to Believe in Rally.”

This will be his first trip to Texas in over seven months. His lack of presence in the state with the most delegates up for grabs, could hurt him come March 1.

Who will win tonight's GOP debate? 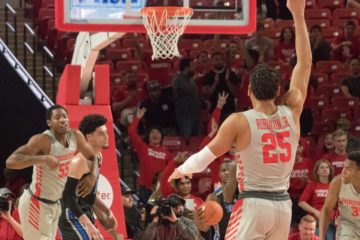