July 28, 2021 Francisco Casillas
Home»People»Journalism professionals share tips on how to achieve success in the field
People

To make it as a journalist, students have to obtain experience through multiple internships, be creative, learn a variety of multimedia skills and master the art of storytelling.

Luis Ortiz, a sports anchor at FOX 2 in McAllen, TX, got his start as a journalist working as a writer for The Overtime Page, a subsidiary of The Venture. He later worked as an intern at KPRC Channel 2 in Houston and at ESPN radio.

Read what he had to say about his experience as a young reporter and the advice he would give to other aspiring journalists:

What advice would you give your younger self?

Preparation. That was something a friend of mine always told me, but once you experience it, you appreciate it more. In this business, one thing one of my professors always told me is, “if you are on time, you are late. If you are early you are on time.” So, you always have to be early. You have to be a step ahead. When you are thinking about stories, you can’t come into the newsroom and barely be thinking about today’s story. You have to bring the story in. Your day doesn’t start when you come into the newsroom; your day starts in the morning, when you are researching. You have to do your research. When you interview someone, you already know what the story is about. You have good questions; you don’t show up empty-handed. If you are prepared, you can do anything.

What has been your favorite thing about your career so far?

The ability of telling sports on daily basis. You know people tune in every night to the news, and they wait for you to show them the highlights. That’s my favorite. You put your work together throughout the day, and then you finally see it come to fruition. So, it makes it worth it. Not only that, working in sports. That’s what I love, watching them, playing them and being able to be a part of the world of sports is the best part.

What are your thoughts for people that are considering going into journalism?

You got to really like it, because it’s long hours. It’s not a nine to five. For the most part, I don’t take a lunch break. I take my own lunch and I take it to my desk. I’m editing, I’m writing and I’m eating right there. You work long hours, stay late, come in early and that’s what it takes. You are under pressure, always on a deadline. I think with any job you have a deadline, but TV deadlines are daily. If you have a 5 o’clock, a 6 o’clock and a 10 o’clock, that’s three deadlines you have to meet on daily basis. So, be ready for that. So, it has to be something you really like. There has be passion, because there’s not a lot of money to begin with. I think there are a lot of opportunities to make big money, but to begin with you are not. So be prepared for that. You have to do it because you like it.

How do you think being a woman has affected your career?

It has changed so much. I had been a journalist in other countries, but when I got here (in the U.S.) there was barely any journalism in Spanish. There were maybe two or three publications at the time, and I was the most well prepared journalist in the field since there weren’t that many Hispanic journalists around. For me, it was hard to get opportunities. I was constantly collaborating with people and doing extra work, but I rarely got a chance. For women, it’s also difficult being a journalist because you really have to love being a journalist. You have to be curious, have social concerns and you have to do research and dig around and that takes a lot of time. That is difficult when you are a mother.

What advice do you have for new journalist?

Think of what’s coming ahead. I recommend focusing on learning as many languages as possible, everything that has to do with the web and storytelling. There are so many changes happening in journalism, especially with digital journalism, that you have to find your voice first.

What’s one memorable experience you’ve had thanks to your career?

When I went to Kashmir, a very conservative part of India on the border with Pakistan. Ninety percent of its population is Muslim. I was honestly really nervous and scared to go. I was surrounded by people I didn’t know, whose culture is completely different from mine. I just didn’t know how I was going to make a connection with anyone. I had a guide that was also my translator, and the more I showed interest in their culture and traditions and the more respect I showed toward them, the more acceptance I received. What was supposed to be an interview turned into an invitation to their niece’s wedding. I was allowed in places where women are not allowed. It was incredible. I really think that’s the difference between an interview and a story. There has to be a connection for it to be significant. 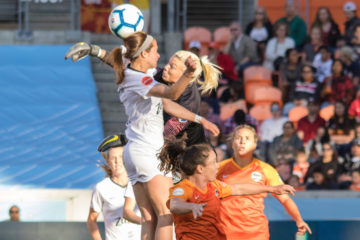