How I found peace in literature

I have few memories of when I first came to the United States. I was six then and I don’t quite remember if I was sad or excited about leaving the rural village in Guanajuato, where I was born, for Houston.

I do remember, though, that as I was growing up, I was often divided between two different worlds. Code-switching between home and school and maintaining a tie with my extended family back in Mexico, while at the same time getting to know a diverse groups of people here made me feel as if I was simultaneously part of two opposing worlds. My struggle with understanding my reality prevailed until I was introduced to the works of Hispanic writers, who, as their profession demanded, were able to articulate their experiences more lucidly than I could have ever imagined.

There are many universal themes found in literary works that help us better understand the human experience. Books that explore the uncertainty of a migrant in a new land, the disillusionment of an unfulfilling job, and the melancholy of unrequited love, all contribute their part in helping us better understand our own personal conflicts.

For me, it was not until the spring of 2015 that I first saw reflected my cultural and social identity in literary works. I still remember the feeling of surprise that overtook me as I read Dolores Prida’s text, and realized that she was describing what I had felt for several years but had not been able to articulate.

I had always been confused by my dual character, believing that I was stuck between two worlds, the one that I had left behind in my native Mexico and the one that I presently lived in in Houston, and needed to choose one and reject the other.

But Prida’s characters, which seemed to also be split by their dual identities, provided me other alternatives. They encouraged me to embrace my complex reality and to resist the notion that I had to choose one of both worlds.

The next semester, I continued taking literature classes and was introduced to even more writers who were able to speak to my experiences. I began to realize that stories similar to mine were not only worthy of telling, but sharing them was necessary.

It was my interaction with the work of Hispanic writers that allowed me to understand that my experiences were not exclusively mine, that my reality was not as isolated as I had previously thought, and that I was not alone in my confusion. My experiences, my struggles, the inner conflicts that overwhelmed me had already been articulated, and quite eloquently, by other writers. It was comforting to know that I could turn to their works for solace and therapy whenever I needed.

Literature is said to be important because it allows us to transcend our immediate reality and it gives us comfort when facing difficulties. In my experience, it provided me with a representation of experiences similar to mine, which I could not find in other places, and this allowed me to cope with my conflicts of identity and belonging. Literature is more than simply entertainment and distraction, it can counsel us through difficult times.

Andres Vazquez is from Guanajuato, Mexico, but has been living in Houston since he was six. He's currently a student of Sociology and Spanish at the University of Houston. He hopes to enroll in graduate school after he graduates in the spring of 2018. He enjoys reading, playing soccer, and spending time with friends and family.

How I found peace in literature 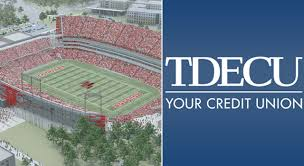