The eighth annual friendly cup match will be played on Tuesday, May 24 at BBVA Compass Stadium. The time is still to be determined.

Real Sociedad, based in the city of San Sebastián, is currently located in the mid-table of the Spanish league, standing in 10th place with 38 points. They hold 10 wins, eight ties and 13 losses in 31 games.

This is the second time a La Liga team will play in the Charities Cup.
The first was when Valencia FC visited Houston in 2012, a game in which they defeated the Dynamo 2-1. That game registered the most attendance in cup history with 22,039.

Dynamo head coach Owen Coyle will be coaching his second Charities Cup with the local team. He also coached against the Dynamo in the 2011 cup when he was head coach of the then English Premier League team Bolton Wanderers.

“It’s a wonderful experience for the players,” Coyle said. “It’s fantastic to play against some outstanding international players.”

Real Sociedad is no stranger to Spanish Dynamo defender Raul Rodriguez, who played against his Charities Cup opponent several times in his country while on his previous team RCD Espanyol.

“They’re a great team, they have very good players,” Rodriguez said. “They have Vela, he’s a nightmare for any defender.”

All proceeds from this game will be going to a local charity organization to be announced in the near future. 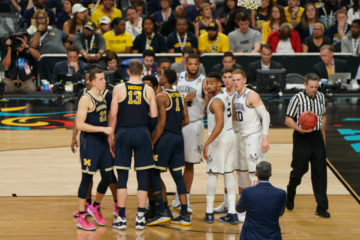