When a tiger was found near a construction site, there were a lot of people around to see the wild cat, but no one got out of their cars.

Except Erin Poole, of Lake Conroe, and her boyfriend, Jonathan Gessner. Poole said she and Gessner got out of the vehicle and approached the tiger. The tiger then approached Gessner, jumping on him and licking him.

“He was very friendly,” Poole said.

Poole said she then parked the car, and the two teenagers ended up playing with the tiger. They called neighbors around the site to see if the cub belonged to anyone.

When no one claimed the wild feline, they then called the police.

That is, until they arrived with animal control, and their mouths dropped, Poole said.

There was no tag on the tiger, other than a leash and a collar.

“She’s very friendly,” Poole said. “She was playing just like a cat would.”

Poole adds that the tiger knew how to do things such as sit and lay down.

“She would brush up against your leg and let you pet her,” Poole said. “Other than that, I thought she would have made a great pet. But she’s still a wild animal, and this is a harsh environment for her. I don’t think she’s in her rightful home.”

Authorities need your help in locating the owner. If you have any information contact the Conroe Police Department at 936-522-3200.

I am U.S. Marine Corps veteran pursuing a duel degree in English literature and print journalism, and will graduate in May 2016. I have written for The Cougar (the student-run newspaper at the University of Houston), as well as interned and written for Houstonia magazine. Visit my site, sarasamora.com. 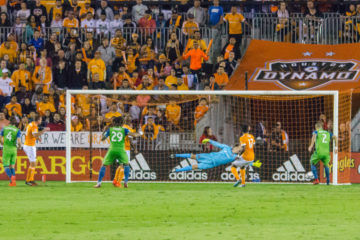