Could you turn up the volume please? These windows make it hard to hear. #twentyonepilots pic.twitter.com/VlzJnOaqjH

Once a red mic dropped from the ceiling, everyone knew it was game time. First, Josh Dunn entered the stage and took place on his drum set wearing an all black ensemble with a red and gold mask. Tyler Joseph, the lead singer, followed wearing a blue jumpsuit and their trademark ski masks.

They opened their set with “Heavydirtysoul” and by their third song “Ride”, the band was already incorporating their impressive interactive ways when Josh took his drums and finished off the song being carried by the crowed in the pit. They brought back “Holding on to you”, “Car radio” and ended with “Trees” from their album Vessel.

Twenty One Pilots’ fans, called “Skeleton Clique”, were singing, jumping, cheering, or carrying the artists throughout their performance. At the end of every show, they always leave their fans feeling a part of the group saying “we are Twenty One Pilots and so are you”.

The band will be back in town on July 5th at the Cynthia Woods Mitchell Pavilion for their Blurryface Tour. If you missed their set this weekend, you can watch their set here. 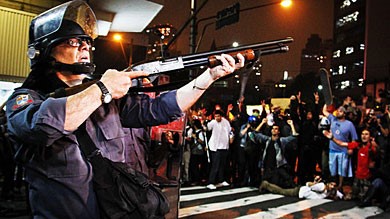