The Houston Dynamo welcomed back a former teammate as they hosted the Sporting Kansas City at the BBVA Compass Stadium Saturday evening.

“It’s the first time I’ve come back and not been in an orange jersey,” former Dynamo Brad Davis said. “Definitely different, definitely some emotions there.”

For 30 minutes neither team could get the upper hand until Dynamo’s Giles Barnes broke the stalemate. Barnes shot a one-timer on the half volley to the far post after taking a pass from Rick “Cubo” Torres.

“I’ve trained with Cubo many times,” Barnes said. “I thought if I could just hit it in the far corner I’ve got a chance on the left foot. It wasn’t too bad. I’m just happy I made the connection I wanted with the ball.”

Feeling the momentum from the first goal, Houston became the aggressor throughout the first half while managing to keep Kansas on the defensive as Kansas’ goal keeper, Tim Melia, made great saves against the Dynamo’s offense.

Houston’s efforts overwhelmed Kansas’ defense when the Dynamo doubled the lead in first-half stoppage time. Barnes sent a pass to Cristian Maidana from the left bank, who launched a deceptively short cross to Andre Wegner for an authoritative shot, passing the goal keeper for the goal and a convincing 2-0 lead.

“The second half was more of a mental test,” Houston Dynamo head coach Owen Coyle said.

At the start of the second half, not much had changed with Houston continuing to press Kansas. Except, this time, Kansas pushed back just as aggressively.

Tension from both sides grew rapidly when the officials kept making unfavorable calls against Houston.

“There’s nothing for me to say about the officiating,” Sporting Kansas City head coach Peter Vermes said. “We all know what the story is there.”

Kansas came close to scoring a couple of times against Houston throughout the second half. Houston kept Kansas at bay while making threats of their own in search of a third goal.

The opportunity presented itself at the 88’ minute when Barnes shot from the right side of the box only to miss wide to the right.

Fans grew tense when the officials added extra five minutes after the 90-minute mark, hoping the Dynamo would hold on and break their six-game winless streak.

Fortunately, Houston would hold on to its lead and win its second home game of the season – the first being against FC Dallas.

“I stressed all week and in my interviews that tonight was paramount,” Coyle said. “The most important thing is that we got the points, but I also like my team to perform well and we did that”

However, the win meant much more as it was a way to pay tribute to one of the Dynamo’s family, Leo Ponce.

“It’s the sort of thing [Ponce] deserves,” Barnes said. “He was a great fan, but most importantly he was a great person. It was great to give him that sendoff in front of his family.” 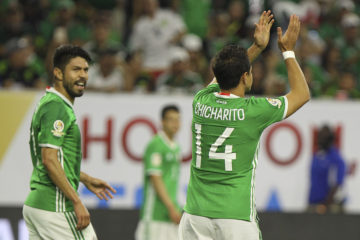