“They were dragging a little bit,” Herman said. “We saw that and we blew the whistle in the middle of stretch, put the ball down, cranked the music up and said ‘let’s go! Let’s play!’ We don’t train for games, we train for chaos and be able to tune all the noise out- be able to perform at maximum level.”

After Wednesday’s scrimmage, Herman sought to fine tune the offense on the practice field by moving the ball against the defensive squad. Collin Wilder and Ed Oliver- two recruits whose stripes were taken off -set a standard for the rest of their teammates in their recruiting class, earning praise from their head coach.

“They run and they hit,” Herman said. “Whether the ball is pumped or stuffed left or right; whether there’s a back at the back field, if it’s empty and we don’t care- just run and hit on defense. That’s all you have to do. Ever since they put the pads on, that’s what they’ve been doing, and they’re really bringing the level of expectations from that freshman class up a notch, especially on that defensive side of the ball.”

However, Herman seemed impressed with the pace Wilder adapted since the freshman first laced his cleats for practice.

Wilder was a three-star recruit by ESPN, Rivals, Scout and 247Sports and a four-year starter at safety for Katy High School. Wilder started 64 straight games and capped his high school career by winning the 2015 Texas Class 6A Division II State Championship.

While Oliver and Wilder have been impressive, there were other players within the roster that Herman had been keeping his eye on during Thursday’s practice.

“Khalil (Williams) is steady as a rock,” Herman said. “He gets lined up right, he runs, he hits. He’s a very great example of our culture and Garrett (Davis) – He didn’t get cleared at full speed about a week or two before training camp, and he’s come out here and has performed really well.”

Safety Terrell Williams was also on the list of players that received compliments from the coach.

“He provides some depth there- should something happen,” Herman said. “He’s got long ways to go, but all signs point to him being dependable and no. 2 at the safety spot.”

While appearances dictate that the defense continues to outshine the offense, Herman was satisfied with the offense’s performance on Thursday.

“They did a very good job today,” Herman said. “They got some more work to do. At least they came out and responded, and I felt the energy tempo and the rhythm of the offense was a lot better.”

Cougars motivated while preparing for this weekend's scrimmage 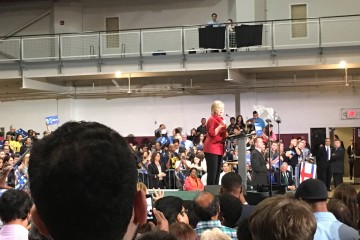