Having held their first scrimmage Wednesday on a humid morning, Houston head coach, Tom Herman, made sure the players were pushed to their limits.

“This is the hardest training camp in football,” Herman said. “This is the grind (…). We scrimmaged today over 150 plays.”

Herman got to see, firsthand, how his offense will perform on the field and what players made headway during the position battles.

The Houston head coach was not impressed.

“Probably the two biggest ones I look at in terms of position battles are backup tailback and who’s going to be our edge receiver,” Herman said. “[The] backup tailback – we got a walk-on from Blinn College that’s taken the reps when Duke’s not in there because, quite frankly, the other three scholarship guys have not been performing well.”

There is a silver lining regarding the secondary position according to the Cougars head coach.

“Our secondary got lined up better and ran around,” Herman said. “That was very encouraging because we were a big hit or miss the first six practices.”

The Cougars will continue practice for the remainder of the week to improve on the areas that need to be worked on before doing another scrimmage on Saturday- a sentiment that was addressed by the Cougars’ senior quarterback, Greg Ward Jr.

“We got to get better,” Ward said. “There was showing a little stuff about the increase on effort, but we need to get better. Our effort sucks right now. That’s why we’re here right now, to correct that.”

However, the senior’s focus has not deterred from the football field despite the attention he has been getting. Stating that it’s not about being on the spotlight but winning games.

Apart of being recommended as a potential candidate for the Heisman trophy, the senior is currently portrayed on the cover of Sports Illustrated.

A sense of maturity that has left an impression on his head coach.

“He’s unphasable – good or bad,” Herman said. “He doesn’t let bad plays bring him down and doesn’t let good things get to his head. He’s been keel a guy is as I’ve been around.”

The Cougars were last portrayed on the cover of Sports Illustrated in 1991 when David Klingler was Houston’s quarterback under John Jenkin’s Run & Shoot offense.

Although Herman has been impressed with the senior’s way of handling  the national coverage he has been getting as of late, Herman has made it clear that it isn’t just about his quarterback.

Cougars motivated while preparing for this weekend's scrimmage 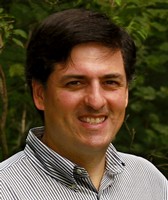