At the dawn of a new day for the Houston Cougars football team, expectations remain the same for head coach Tom Herman.

“We are going to hit, that’s what we do,” Herman said. “I don’t know anything in life that you can do in any elite championship level without practicing it and tackling and being physical. You can’t say that but not practice it, so our practices are harder.”

Herman wasted no time to take on the practice field to continue fine tuning his squad, although there were some complications that caused the head coach to bump the team’s scrimmage to Wednesday.

“It was originally scheduled for today, but we had too many class conflicts,” Herman said. “Had to alter a few things here and there because of that, but the kids have responded. We haven’t really practiced, hasn’t been effective at different times.”

While a minor setback, Herman has been surveying the practice session and could not helped but be impressed by true freshman defensive tackle, Ed Oliver, who has been turning heads at this point in training camp

Oliver left an impression on Herman Tuesday who said he “could not feel his legs,” but stayed in the drill and blew the next play up in the backfield.

Oliver was a five-star recruit, according to ESPN, Rivals, Scout and 247Sports, that was sought after by Power 5 schools such as Oklahoma, Alabama, LSU, Texas and Texas A&M, among others, but he ended up signing with the University of Houston in hopes of creating an immediate impact.

Despite Oliver’s unwarily work ethic that has allowed him to pass every test thrown his way by the coaching staff, they have made it clear that no freshman will be handed a starting spot without first earning it.

“You grade the effort more than the guy that makes the tackle,” Herman said.

However, Oliver has competition.

The true freshman is battling with fifth-year senior B.J. Singleton, who started all 14 games at the position for Houston last season. Singleton occupied multiple blockers in Houston’s 3-4 scheme, allowing Houston linebackers to combine for 371 tackles, 47.5 tackles for loss and 24.5 sacks.

The senior led the Houston defensive line with 15 knockbacks and 13 two-fers (taking on two offensive linemen on the same play).

Standing at 6’4 and weighing in at 314 pounds, Singleton’s size and experience alone gives him the upper hand early in camp, but Oliver’s determination cannot be underestimated.

Other defensive linemen need to keep an eye out for are Nick Thurman, Jerard Carter and Chauntez Jackson.

No matter the outcome of the roster come the season opener against Oklahoma on Sept. 3, the defensive line may be a squad that will unnerve even the best of teams. 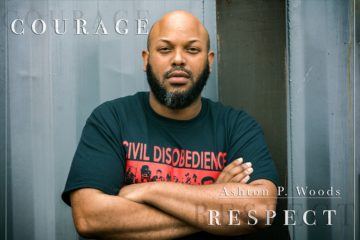