After going through rigorous training in the summer, Houston Cougar football and their head coach, Tom Herman, shift their focus towards the #3 Oklahoma Sooners.

“We approach the preparation to this game like we did last year playing Tennessee Tech,” Herman said. “We are going really, really, hard through our training camp and this weekend, and next week, it’s about preparing to win a football game and trust that each prior in training camp develop your team enough to withstand a long rigorous season and these next two weeks are just – exactly what we do week in and week out to prepare for a game.”

Having used training camp to develop the team’s identity, leadership and toughness, coach Herman plans to use the few days left for formulating a training regime to prepare the Cougars against the Sooners.

“These next two weeks are about preparing on winning a football game, so there’s a lot more emphasis on Oklahoma,” Herman said.

However, time is of the essence with classes commencing this week.

“Obviously the biggest difference from time stand point is once class starts we got to be very efficient with our time, Herman said.”

Despite the limited time he has with his players, the coach’s attention remain on the practice field. Herman had a scout team led by Kyle Allen to help him fine tune the Cougars defensive.

“It’s huge, not just at quarterback. Last year we had Duke Catalon and Ra’Shaad Samples on that scout team too,” Herman said. “I’m sure if you ask any defensive player and defensive coach, that was a big advantage for them have to face those guys day in and day out. To have a quarterback of Kyle’s caliber running the scout team and then getting with some of those young receivers over there too. It does wonders for our defense.”

In previous practices, the offensive squad earned the respect of their head coach. It was after their second scrimmage that the offense began to show improvements with a couple of players leaving impression on coach Herman.

Unfortunately, the offense would not go without a couple of setbacks.

“Much better, we got banged up a little bit with Ra’Shaad and Marc Reid going down in the h-position,” Herman said. “But the four guys that grinded through training camp – Chance Allen, Steven Dunbar, Linell Bonner and Isiah Johnson- those four guys didn’t miss a rep in training camp. We run the legs off of our wide-outs here in training camp and those guys fought through. I was really proud they came out the other side ready to go and attack this week’s preparations.”

While the Sooners is a fearsome team to face on the field, so is their fan base, and with the game being played at a neutral site at NRG Stadium, don’t be surprised to feel an opposition to the H-town Takeover culture.

“Oklahoma’s got a great fan base. I’m sure they’ll travel well,” Herman said. “The challenge for our fans and alumni students is to match their fan base in NRG Stadium.” 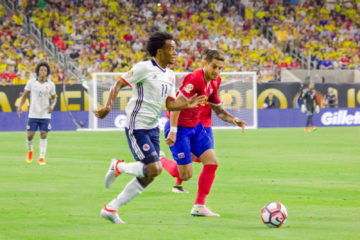