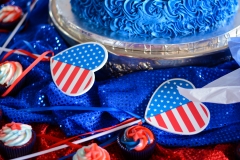 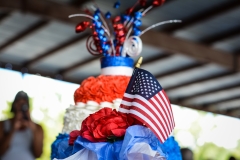 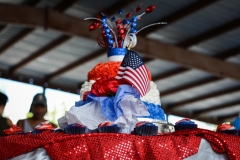 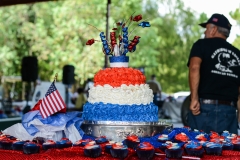 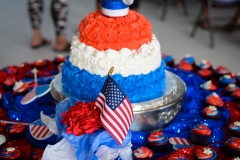 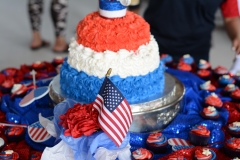 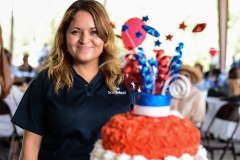 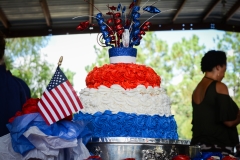 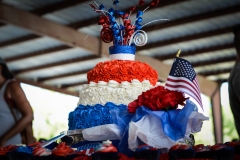 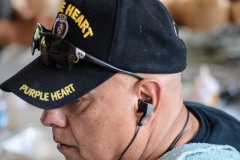 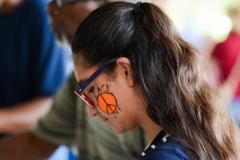 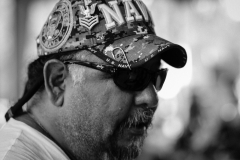 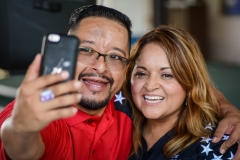 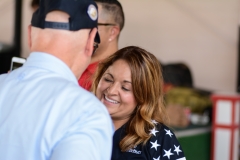 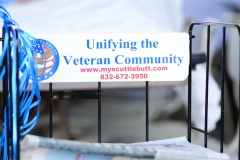 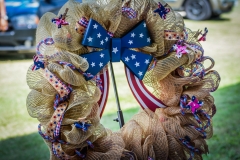 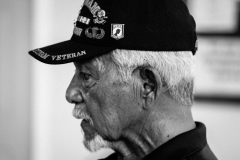 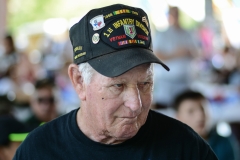 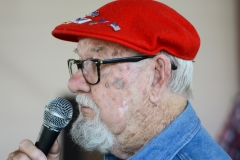 All photos by Matt Barrett

Navy veteran-turned-publisher Luz Rebollar’s birthday was on Wednesday, but the community came together on Saturday to celebrate another milestone: the one-year anniversary of Rebollar’s veteran newspaper, The Scuttlebutt.

“The pins are on behalf of the nation to show their appreciation for the Vietnam veterans, for what they contribute to the freedom of our nation,” Dembo said.

The festivities were held at the Veteran Retreat Center, and included a clown, face painting, snow cones, moonwalk for the kids, and a raffle.

In a speech, Rebollar said that if anybody needed help, to let somebody know.

“Look at the organizations around you. There are a lot of good people who want to help, and in the Scuttlebutt, you will find that information,” Rebollar said.

“Unifying the veteran community, together, we can conquer the issues that are plaguing our community. Don’t leave here today without making a new friend.” 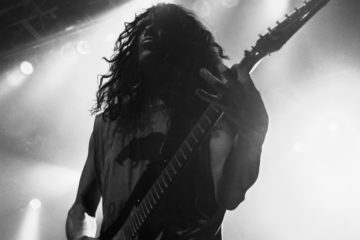