Not that it’s necessarily a huge, momentous occasion. I mean, I didn’t even bother watching any of the presidential debates these past few months, and I still feel like everything’s going pretty normal. You know, as normal as one can be when the future of the American republic is being defined right in front of me.

By an orange demagogue and the encapsulation of the political establishment, no less.

But alas, this is what we’re stuck with. And for the record, I voted for Bernie, but since he was obviously the inferior candidate who was bound to be disliked by Republicans and Conservatives not nearly to the same degree as Our Great Leader Hillary (Sarcasm), I have to choose between Trump and Hillary. Yes. Trump and Hillary.

Because unless both third party candidates Stein and Johnson were allowed onto the debate stage, (which they weren’t), voting for them really will not prove much, loathe as I am to say it.

So now we’re here, left to choose between angry junk and sketchy junk.

Now you’re probably wondering why I took so long to get to the question of who I believe will win the debate. The answer is easy: It doesn’t really matter who I think will win the debate, as was made abundantly clear immediately after the first debate Hillary and Bernie had together. Hillary will win. Period.

And that’s not to say that once in a blue moon, somewhere in between the rampant demagoguery that comes out of Trump’s mouth that he’ll vomit one or two very good points to criticize Hillary over.

But she knows the game way too well and knows her wording even better. If she doesn’t play with the wording of her answer, omits certain truths from her answer, answers misleadingly or literally doesn’t answer at all, the mainstream media will simply not call it out and move on like nothing happened.

As will the rest of the American voting public.

Who do I think is going to win? Beyond my extreme pessimism, I do still strongly believe Hillary will win no matter what Trump does.

Hillary could just straight up bury Trump, however, she should stop giving him and so many other dissenters (including myself) ammo to use in calling her crooked.

All of the impacts of the email leaks could have been blunted had she come clean for at least most of them months prior to these debates. As of right now, I do not know else she could do this. Sadly, at this point, the more you learn about her, the less you like.

And this actually transitions smoothly into how I think Trump could also bury her if he tried forming even a semblance of a battle plan for these debates.

Trump calls her “Crooked Hillary” for a reason; there is overwhelming evidence available to prove such a hundred times over. Obama did it. Bernie did it. Even Trump’s VP Pence knew how to do it in the vice presidential debate and it was, to an extent, effective. Trump needs to take a page from his “partner’s” book if he wants to give Hillary a real People’s Elbow.

But neither Hillary nor Trump will do either of the things I recommended. Because neither one can help themselves in being both the best presidential candidates in American history to defeat, nor at the exact same time, the poorest at actually defeating one another.

When the point of this election is to pick between two evils, there is no winner.

There is certainly a loser, though.

And I hate to be the bearer of bad news, but they’re reading this article right now.

Brandon Rene Garcia is working towards an English degree in Creative Writing and loves to write as a pastime. When he's not writing original fiction, he's reading, exercising, listing to music, playing chess, or having in-depth political discussions with anyone who's willing to express their beliefs. His goal is to one day become a bestselling novelist and inspire other amateur writers to continue making good art. 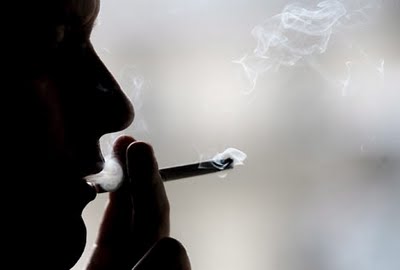