You’ve seen them around campus dunking on students. If you haven’t then you’ve most likely stumbled across their videos through a Social Media platform. 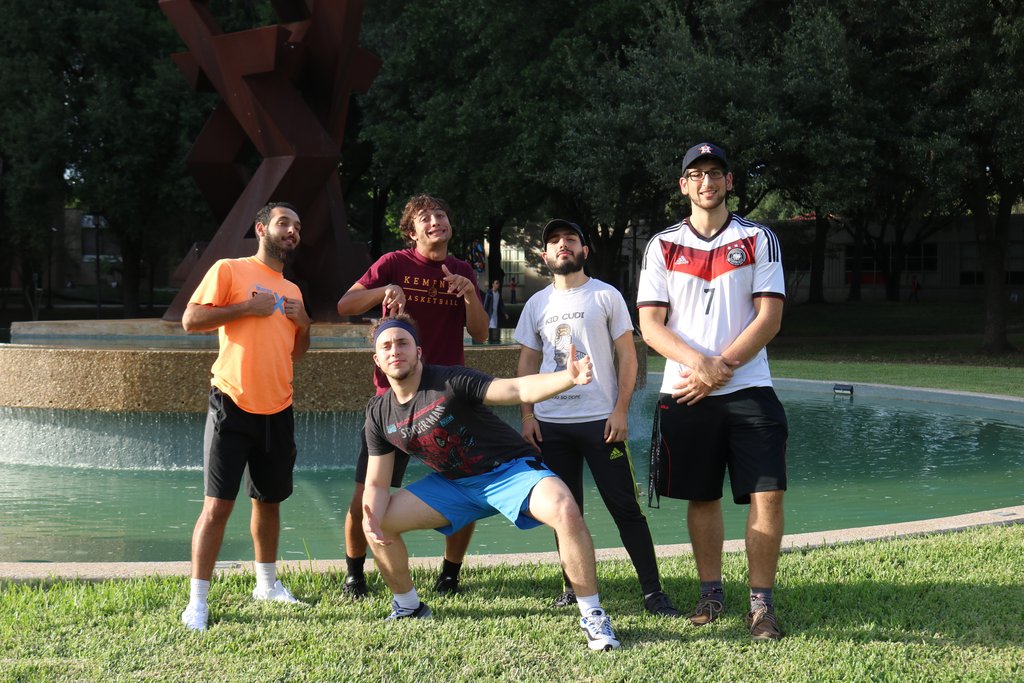 It took Papas six hours to film their “NFL in Real Life” video due to retakes. | Jessica Cruz

Papas started filming at the University of Houston as a way to build engagement with the students.

“It’s a mixed reaction. Some people get involved. Most of the people actually looked at us like ‘what are they doing?’’’ Wesam said.

“Some people actually participated and that’s what we’re going for it’s just all fun when it comes together.”

Wesam originally came up with the idea to dunk on students last year and created a YouTube channel at the beginning of this semester to post his videos.

“I’ve been having these friends for quite a while no so we just decided to gather all our jerseys, get a hoop from somewhere and just dunk on all the students that we can,” Hindi said.

“Honestly I was just doing it for fun because I make videos, usually on twitter. When I posted it, it started getting a lot of attention and I really didn’t expect that attention so you know we had to retaliate with a part two going NFL.”

According to Fattouh there was no argument between the crew about who would take on which role. They mostly just decided on body structure.

“About the guy in the fountain, that was actually one of our friends,” Fattouh said.

“Of course it was tempting to do it to a random person but our man right here Fadi was willing to sacrifice his ten-dollar clothes to get tackled in a fountain.”

Hedayet recalls his encounter with the school fountain when he forgot to bring a change of clothes.

“My shoes were soaking wet and I ended up having to go to the football game later on in the day,” Hedayet said.

“I was just in the stands jumping up and down cheering, completely drenched in water. No shoes, got beer and peanuts all over my toes. It was just pretty bad.”

Papas said they’ll continue to make more videos and hope that they can get students involved.

“I still have more videos in mind, that’s not going to stop any time soon,” Wesam said.

“You guys just have to stay tuned for the next one. Always going to stay Papas out here.”