As in the regular season, Grambling appeared to be the better opponent after forcing Alcorn State to punt on the opening drive.

However, after successfully moving the ball into Braves’ territory, the Tigers made a costly mistake by fumbling on the red zone. The fumble cost Grambling a chance to get the upper hand against Alcorn.

The Braves added to the score at the start of the second quarter with a field attempt from the 27-yard line, leading Grambling 10-0.

Grambling’s fortunes continued to worsen with the offense being unable to drive the ball down the field against Alcorn State’s defense.

A punt later, De’Lance Turner rushed for 69 yards for the Braves second and last touchdown of the remainder of the half; leading the Tigers 17-0 at the half.

Grambling held possession of the ball at the opening drive of the second half, focused on showcasing why they were the best team in the Southwestern Athletic.

Without missing a beat, the Tigers drove down into Braves’ territory for the touchdown after a 29-yard throw from Devante Kincade to Verlan Hunter.

The defense maintained the offense at bay for an early punt.

Kincade didn’t waste the opportunity to shorten the score.

On the second down, Kincade threw to Hunter for a 31-yard first down and a penalty later, threw again for 33 yards to Chad Williams for a first and goal. Williams was the receiver for Grambling’s second touchdown; making it a three-point game, 17-14.

A field kick later by Alcorn State, Grambling’s offense dissected the Braves’ defense for a touchdown. The Tigers failed to cash the extra point with a block-return by Ramonte Bell.

Despite the efforts made by the Braves, the Tigers scored once more to take the lead, 27-20, to win the game.

With the loss to Grambling State, the Braves’ chances of a three-peat were shattered.

After being crowned SWAC Champions in the previous years (2014 and 2015), the Braves were looking to become the first Eastern Division team to win a third straight SWAC championship after since the title game was first held in 1999.

The Tigers captured its 25th SWAC crown against the defending champions.

Confessions to Parents: What Would You Say? 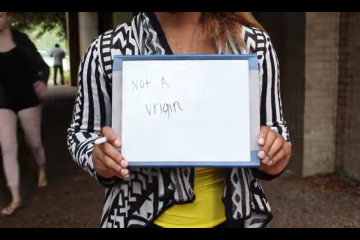