With the Super Bowl just around the corner Houston, Texas has ramped up its security.

Although there is no official data to support that the Super Bowl is the largest human trafficking day, Houston is not taking any chances and is prepared to keep Houston safe and raise awareness with regards to human trafficking.

For three years, the FBI has been preparing for Sunday’s Super Bowl. They have “all hands on deck” from their crisis management team, cyber team, intelligence team, to the SWAT team, all are prepared for the Super Bowl.

In addition to the security placed by the FBI, The City of Houston Anti-Human Trafficking Mayor’s office (HACHT) developed a campaign to make the public aware of human trafficking.

HACHT has launched a Watch for Traffick Media Campaign Toolkit that entails socially conscious advertising. The campaign has used a variety of tools such billboards, prints, social media, and Public Service Announcements (PSA) on television to reach the public.

The Campaign’s advertising techniques hopes to raise awareness, educate, and encourage the public to recognize and report any suspicions of human trafficking.

Even though there is lack of data supporting that Super Bowl is the “world’s” magnet for human trafficking activity, Houston has taken it upon themselves to strategically place anti-human trafficking advertising in areas that will be popular during the Super Bowl in addition to other areas of concern.

The HACHT has also partnered up with the Houston Police Department and the Harris County District Attorney’s office to continue the anti-human trafficking campaign even after the Super Bowl weekend is over.

If you see something suspicious contact the Human Trafficking hotline at1-888-373-7888. 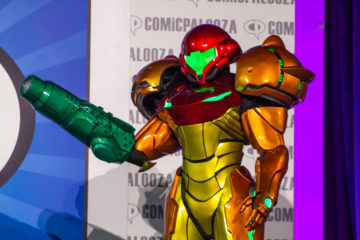