Let’s cut right to the chase, shall we?

I am biased. I have biases. I think you’ve all approached this section of my news organization fully understanding I have my own opinions on certain issues currently going on in the world and I’m sure it’s quite clear by now I don’t care who knows them. Frankly, it’ll make navigating my articles that much easier for you, so I’ll just go ahead and list them out for ya.

I am an ideological patchwork, just to put it simply.

I really don’t know where I am on the political spectrum anymore. That’s both a blessing and a curse, but the fact remains this Election Cycle of 2015-2016 has bounced me across the spectrum like a flippin’ ping-pong ball on Cocaine.

Only a few fundamental things have remained ironclad for me:

These are more or less the core principles I hold most dear to myself, and that I am most unlikely to budge on. A friend of mine told me just today, (at the moment of my writing this first draft, actually), that this technically makes me a… Federalist…? I’ll need to look more into the wording of that, as well as more into the full, unblemished definition of what it means to be a Federalist later on.

But now I will make very clear some of the things that I am not just to streamline this introduction of mine a little further:

I realize these lists are likely going to turn some of you gals and guys off to me, if you haven’t turned off and left already.

For those of you still here, thank you for having enough interest in this article to read through to the end. I don’t expect this little section of mine to have any kind of cognizant theme attached to it apart from any current events that draw my political eye and/or ire, so I hope my opinions alone are sufficient enough entertainment for you. If not, I can always just ask my supervisors if they’ll let me swear a bit. Maybe I can have them set up a Swear Jar or something so I can be a bit more unhinged for you wonderful peeps.

I am expecting, since I am starting out right now, to try and have at least one article uploaded every other week to keep myself on a deadline.

I think that’s all that really needs to be said for now.

Hope you all enjoy. 😉 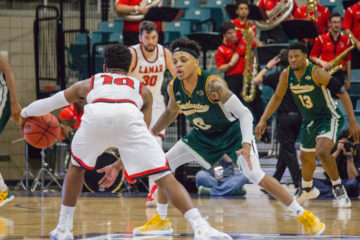