This year, the Bulldogs returned the favor at the American Airlines Center when Mississippi St’s Morgan Williams made the game-winning bucket before the timer went triple 0’s and the buzzer echoed all over the arena; signaling not just the end of the game, but the end of the streak.

The game, however, was not an easy one for the bulldogs.

The Huskies were hailed as the greatest women’s basketball team. They were a four-time defending national champion and holders of the greatest winningest streak in all of women’s college basketball; 111 games won.

But just like Muhammad Ali when he fought against Sonny Liston, the Bulldogs weren’t afraid of the big bad ‘bear’ when they brought the fight to the Huskies by scoring a three-point bucket 50 seconds after the tip-off.

The Bulldogs withheld the lead from the get-go, not once relinquishing it to the Huskies throughout the first quarter despite their efforts to diminish their lead.

“Normally we’re a little more patient on offense,” UConn basketball head coach, Geno Auriemma said. “I think we became a lot less patient. We started to try to make some individual plays. We kind of got out of playing five-on-five.”

The Huskies were discombobulated at the start of the second quarter when their efforts to stop the Bulldogs from scoring, but their efforts weren’t enough after Mississippi State’s Breanna Richardson made a three-point jumper. Extending the lead by 14.

The Huskies trailing 29-15, showed why they were the champions after they scored 14 unanswered points to close the gap by four at minute 3:46. Unfortunately, their efforts did not allow Connecticut to take the lead over Mississippi State for the remainder of the quarter.

UConn ended up going into the half trailing by eight, Bulldogs leading 36-28.

“It was very, very disjointed, that whole first half,” Auriemma said. “There was no rhythm to our game. We usually have a tremendous flow. We just never got one in that first half especially.”

At the start of the second half, it was a different ball game when the Huskies started scoring; taking the lead in what ended up being a shot-out between the two in the third quarter. Neither one being able to get over the other with the third quarter ending up in 48-48 draw.

For two whole minutes, neither team scored since the start of the fourth quarter till Mississippi St made the first bucket.

It didn’t take long for Connecticut to tie the game. However, just like in the previous quarters, any efforts to set the game pace were thwarted by Williams’ defensive aggressiveness. Both teams wound up in a 60-60 stalemate at the end of the second half.

In Overtime, the battle continued till the last 12 seconds of the game, and the Bulldogs held possession of the ball.

“We didn’t want them to penetrate too deep, which they did,” Connecticut’s Gaby Williams said. “We were trying to face guard a little bit and put some pressure on the guards so they couldn’t bring it up as fast. Just had some help defense. But came up short.”

The ball was handed to Williams and the countdown to zero began just as Williams began to rush deep into Huskies territory. The countdown continued nonstop till in a leap of faith, Williams took the shot that decided the game as the timer hit triple 0’s, allowing the Bulldogs to take the win with a 66-64 score.

“He [Schaefer] said, ‘You about to win the game. We want the ball in you are hands. Just in case the foul, free throw-wise, or just get a bucket’,” Williams said. “When I made the shot, I was in shock. My teammates are just so happy and proud of me. I can’t thank them enough because I can’t be playing the way I’m playing without them.”

Where everyone else failed in the last 111 games, the Bulldogs became the one team to be the one that gave the Huskies their 111-1 and end their undefeated streak.

The win propels them into the championship game – a first time in program history – in an SEC match-up against a team they are all too familiar with; the South Carolina Gamecocks Sunday evening.

UH Alumni: Playing Soccer For A Better Cause 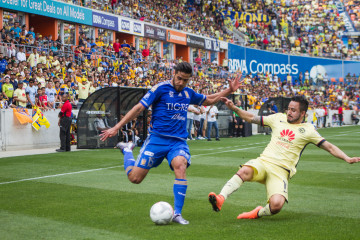