With recent shows at SXSW in Austin and the Governor’s Ball in New York City, there’s no doubt that new Canadian singer Jessie Reyez is the next big, upcoming artist in music.

Her single “Figures”, has reached over 4 million views on YouTube and peaked #45 on the billboard twitter emerging artists charts. Her earnest and raw lyrics show she’s not afraid to expose her realest self, and they’ve even caught the attention of some of the top industry executives in the music business.

In April, she released a short film from her song “Gatekeeper”, where the singer tackles sexism and the sometimes awful demands women face to make it in the music industry.

The singer/songwriter with Colombian roots was born in Toronto, and was introduced to music at an early age by her father who taught her the guitar. At the age of 17, she began pouring her feelings into her music after a devastating heartbreak. She later became involved with the Remix Project which led her to collaborate with hip-hop artist King Louie.

Jessie Reyez will hit the road on her first month-long tour throughout North America to promote her EP Kiddo, an evocative production dealing with real-life experiences. Expect a show with acoustic vibes, a unique voice, electronic beats and hip-hop/r&b influences.

Witness the intrepid Jessie Reyez live at the House of Blues on June 23rd in Houston.

Take a look at her daily Instagram story to see snippets of her concerts.

Mexico to face off Ghana in Houston 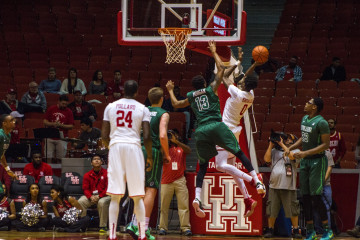