John Hernandez was choked to death by Terry Thompson just outside a Denny’s. Thompson’s wife, Chauna, Harris County Sheriff deputy, held Hernandez’s arms under her knees while her husband choked him, according to witnesses.

When Cesar Espinosa was asked if he considered this a hate crime, he answered that he and the family checked Terry Thompson’s Facebook right after the incident. Espinoza said, “There is a lot of bad stuff, a lot of anti-immigrant stuff, a lot of things that were just anti-latino, anti-Spanish speaking people, he had the confederate flag all over his facebook. There is a video of Mr.Thompson in a Trump rally with a Trump hat on.”

The posts were deleted from Thompson’s Facebook the next morning. The family had the chance to screenshot the posts and they were shared by Channel 2.

Espinoza continued stating that, “Because of the anti-Latino rhetoric going on, a lot of the family feel that this was what sparked Thompson to feel like he could be judge, jury and executioner all at once.”

The family is very upset that the bail was set at only $100,000 dollars, meaning the Thompsons only paid $10,000 dollars each to be released on bail. The bail was paid by an “anonymous benefactor”. The family expected a million dollar bail or no bail but it was denied.

John Hernandez was a big fan of the Mexican league soccer team the Guadalajara Chivas. Alain Cisneros says every campaign needs a financial power and the mexican soccer team may be able to provide that. If justice is not served for John at the time needed, then Latinos need to fight for these teams not to come to Houston or Texas as a sign of solidarity and also for their own safety.

Ramon Ramirez, an ex player of the Chivas soccer team and mexican national team, sent signed shirts and many people in social media are asking them not to come to Houston until justice is served.

Cisneros pleaded that his name must not be forgotten; “John Hernandez: do not refer him as just a male or a Hispanic. He was John Hernandez.”

The hastag #JusticeforJohnHernadez and #JohnHernandez is being used on Twitter to show solidarity and as a call for help. 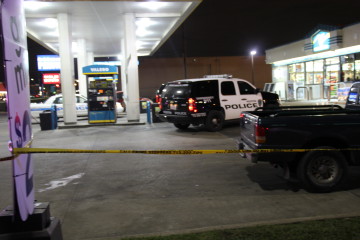