By Ilse Hernandez and Jen Garcia

G-Dragon wowed the Houston crowd with a colorful and organized show all while sharing his personal struggle with his two identities, a theme of his latest EP.

The South Korean superstar, who gained fame after being one of the lead rappers of the boy band BIGBANG, made his first ever appearance in Houston Wednesday night at the Toyota Center and it’s safe to say that his K-pop fan base is LOYAL.

The star, also known as Kwon Ji Yong, was met by a roar of screaming fans during his stop in the Bayou City for his ACT III, M.O.T.T.E. tour, where he performed songs from previous albums as well as his recent self-titled EP Kwon Ji Yong.

The thousands of fans that flocked to the show couldn’t contain their excitement as the artist made his first debut as himself and not G-Dragon.

During his show, a short film was shown of him lying on a gurney as the sound of a heartbeat pulsated through the arena. In between his performance, a more detailed video was also broadcast of his family and friends speaking about how Kwon Ji Yong is different from his G-Dragon persona.

The video revealed a more humble, sincere, and timid man, a stark contrast of what G-Dragon represents.

“I can’t show you everything, but showing you who Kwon Ji Yong really is for the first time, I wish I can be someone who still shines without all these shiny things on,” he said. “I’ve been living as G-Dragon until now, but now I want to live being Kwon Ji Yong.”

As the film ended, the crowd chanted “Kwon Ji Yong! Kwon Ji Yyong!” in support of the star. Throughout his performance a wave of yellow flashlight crowns and crown headbands overflowed the stadium as they moved along to the beat of his music.

“I loved every piece of the concert, but my favorite parts were definitely the times when GD spoke to the audience about his perspective and identities as the star GD and as the person Kwon Ji Yong,” said Houston fan Estafania Garcia.

Garcia had been waiting seven years for G-Dragon to appear in Texas and never imagined he would perform in Houston.

“I think anyone out there at one point in their life has struggled with some aspect of identity,” Garcia said.

“We are always wondering who we are or where we are going and seeing GD openly speak to us about his own struggle felt special and personal,” she said.

As the night progressed, the inner-identity conflict that was being alluded to at the beginning of the performance felt more resolved toward the end of the show.

“Sometimes I feel lonely. But when I’m on the stage singing in front of you guys, I feel happy and alive,” he said.

Before ending the concert with an encore performance of “Crooked”, the artist gave an emotional speech and promised fans to return to Houston with the band BIGBANG.

Special night for a G-Dragon Musician

The Houston stop on the 19-city world tour was extra special for G-Dragon’s lead guitarist, Guitarslayer, whose real name is Justin Lyons.

Lyons, a native Texan from Dallas, invited his family to see him play for the first time with Kwon Ji Yong.

why GD made it special Motte in Houston Best Tour night https://t.co/Qwh8Msg5WA via @YouTube

Michelle Nguyen, a long-time fan, said she enjoyed the star’s new music and felt it gave a new glimpse into his life.

“It was a very emotional EP that was different from his previous work. You could tell that it was kind of like a goodbye album before he goes into the military. Definitely raw and unique with GD’s artistry,” Nguyen said.

The Kwon Ji Yong EP, which peaked at number one on the Billboard World Albums, rose two slots since last week to land at number four in the week ending July, 22, 2017.

According to Billboard, Kwon Ji Yong surpassed all expectations with the release garnering its highest sales in the United States last month in just one day.

HE SHOOK MY HAND

him taking the cowboy hat from us was the PERFECT Texan send-off!!!

OMG VIPs are thinking to create red ocean in the concert when Jiyong will sing new songs what an amazing idea #MOTTEInHouston
cr: owner pic.twitter.com/k3cMkEll6J

That’s me in the back 😭@IBGDRGN #MOTTEINHOUSTON I’m still shook ! Gold VIP was so worth it ! JiYong take care bro and bring BIGBANG to us! pic.twitter.com/3jWCaTnmP6 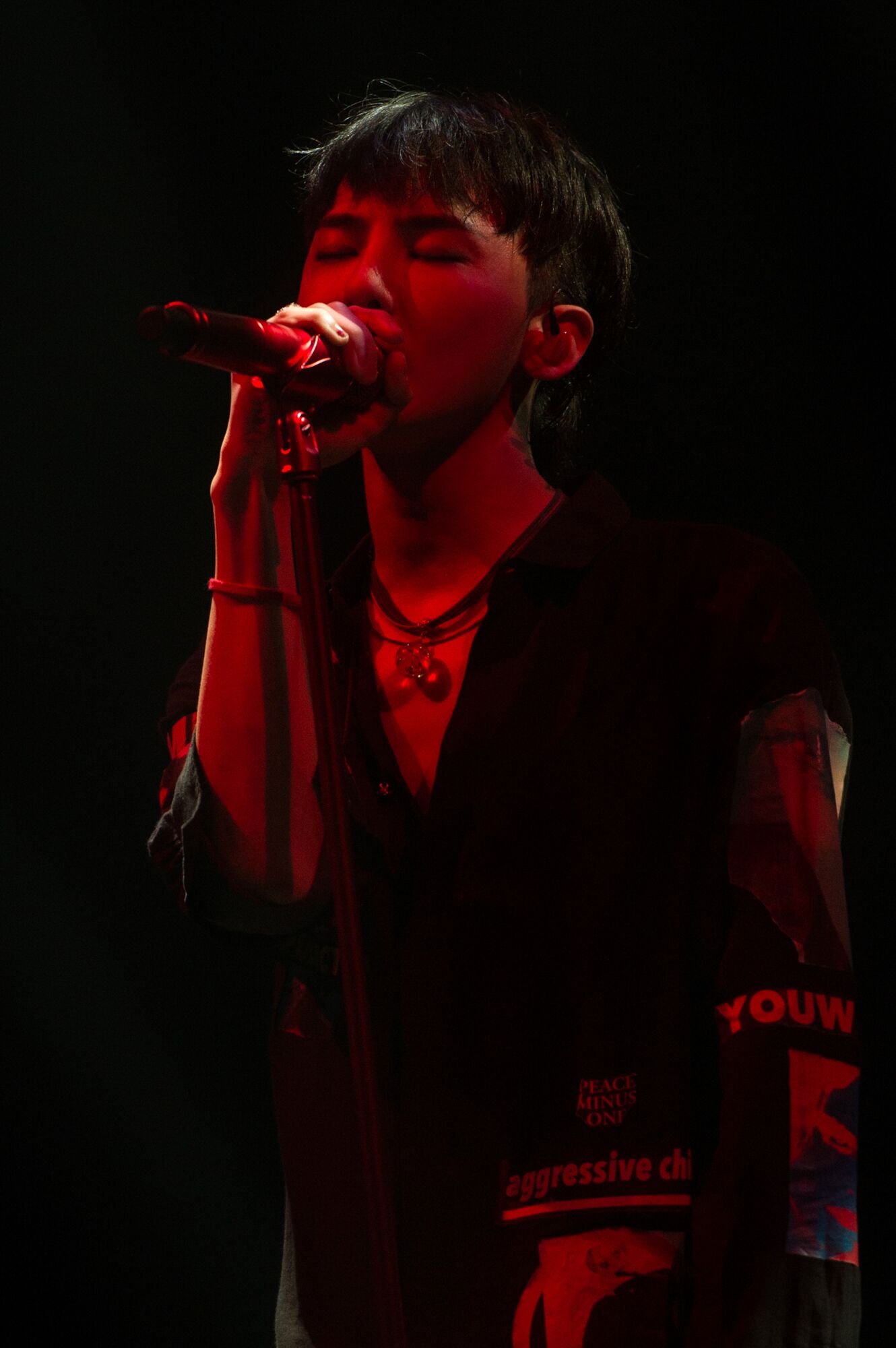 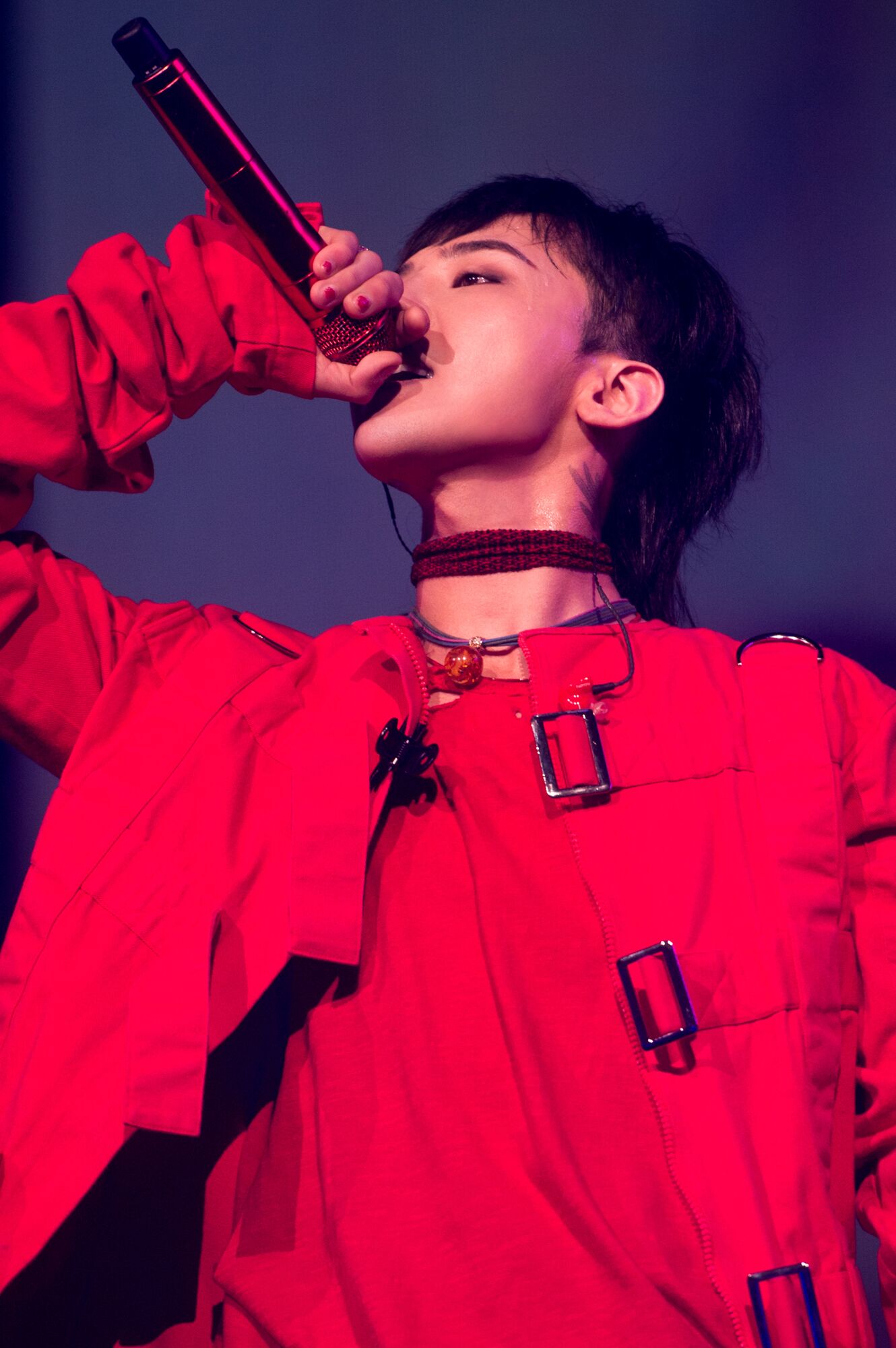 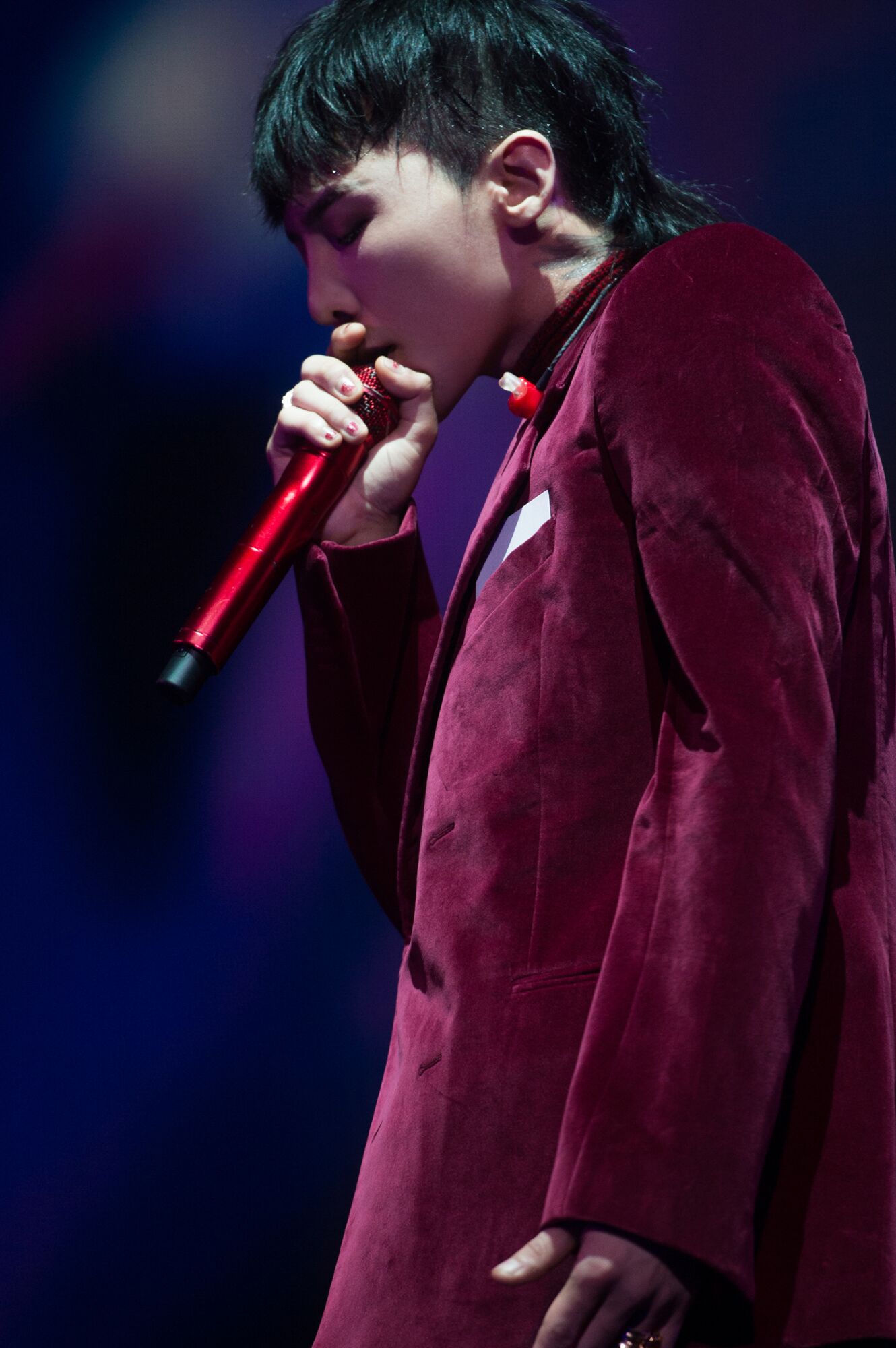 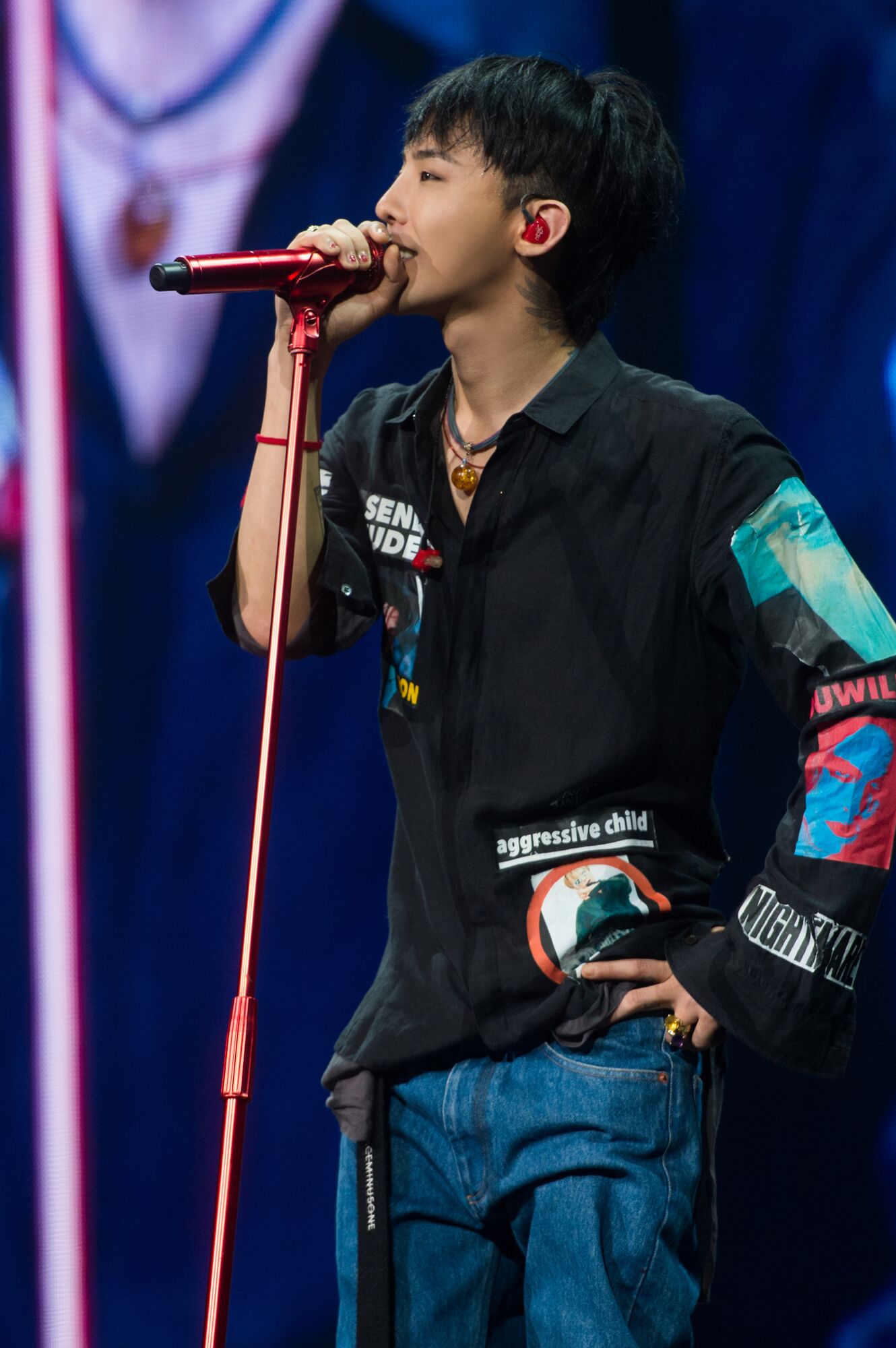 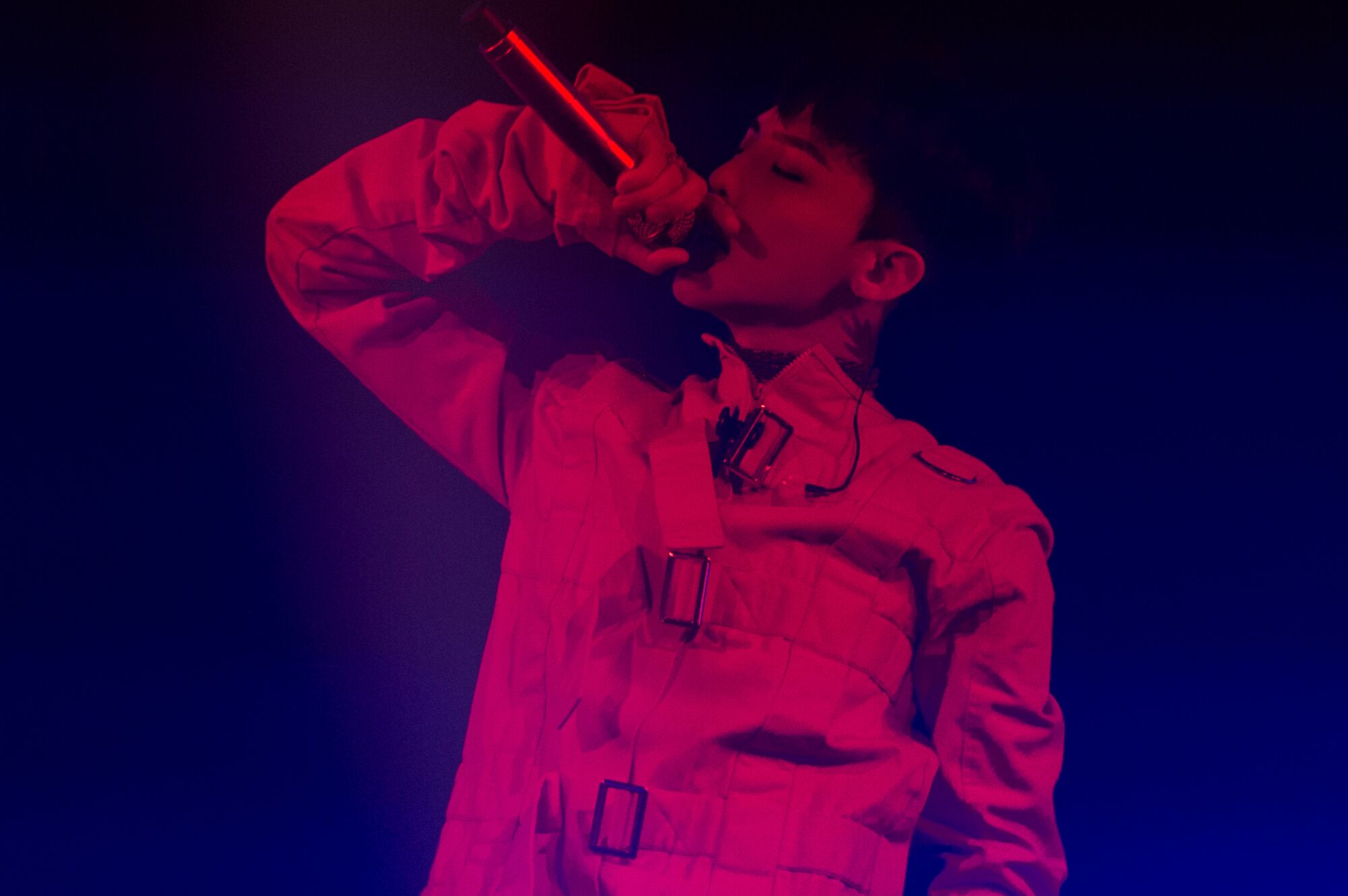 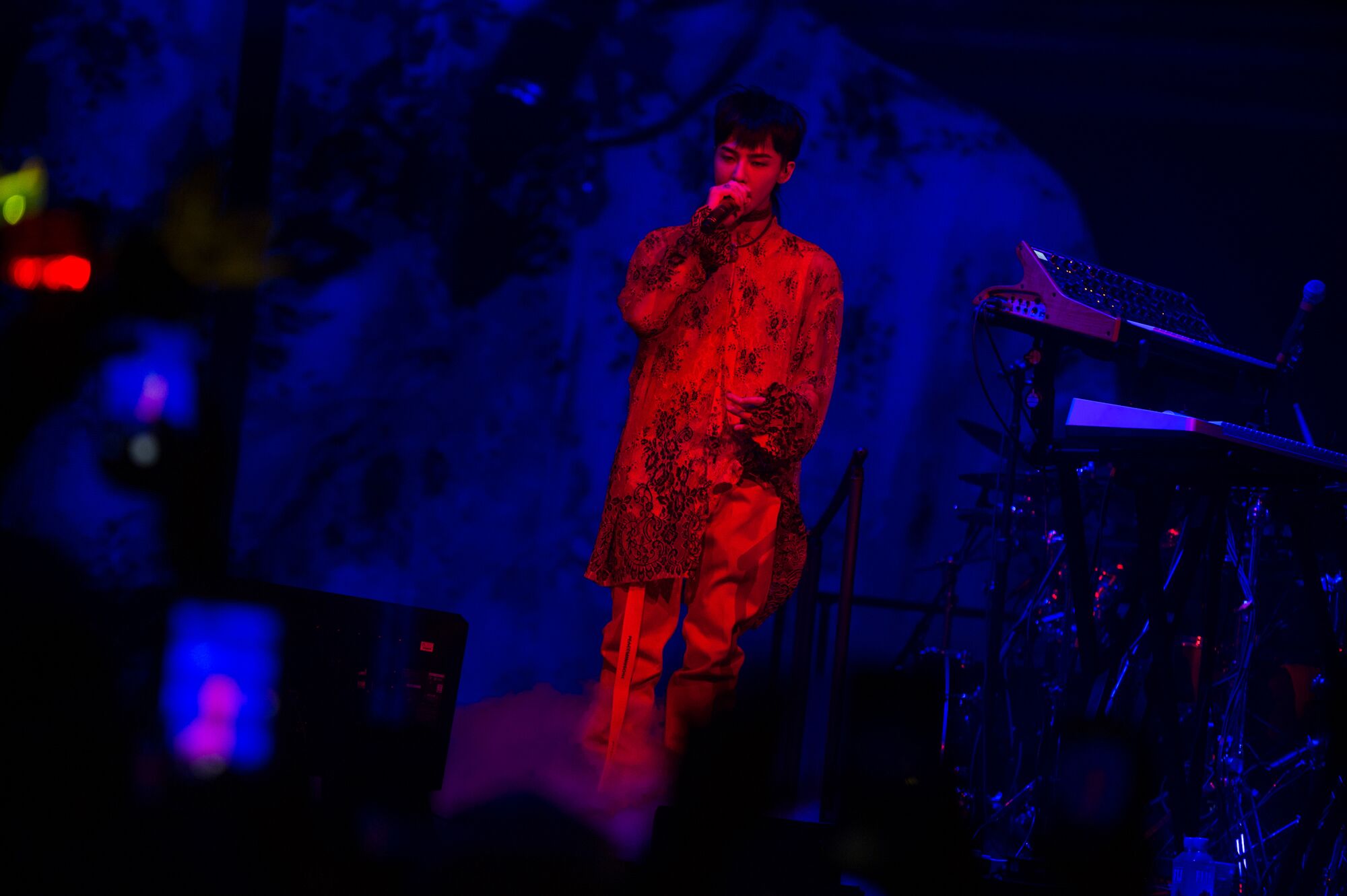 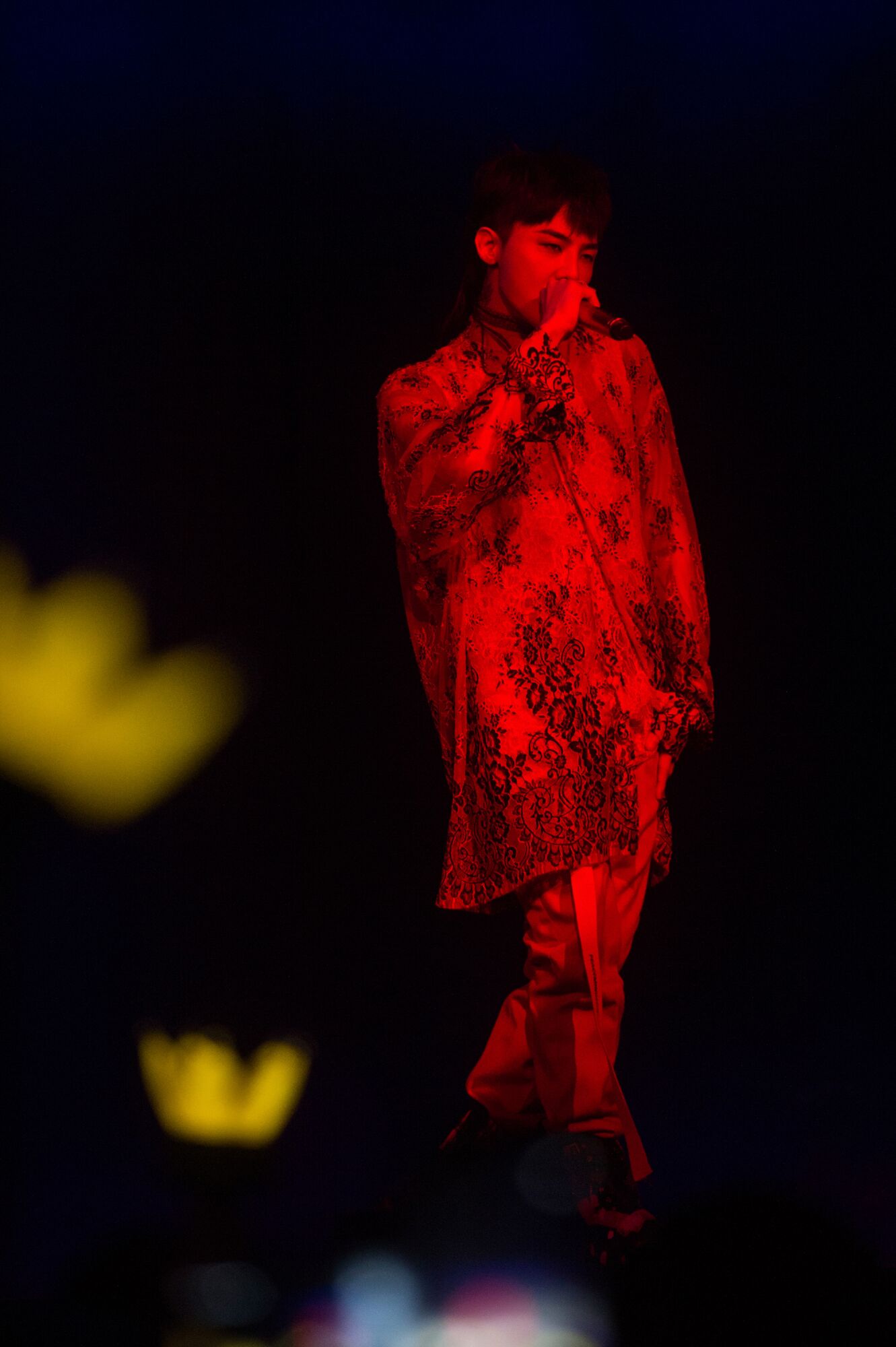 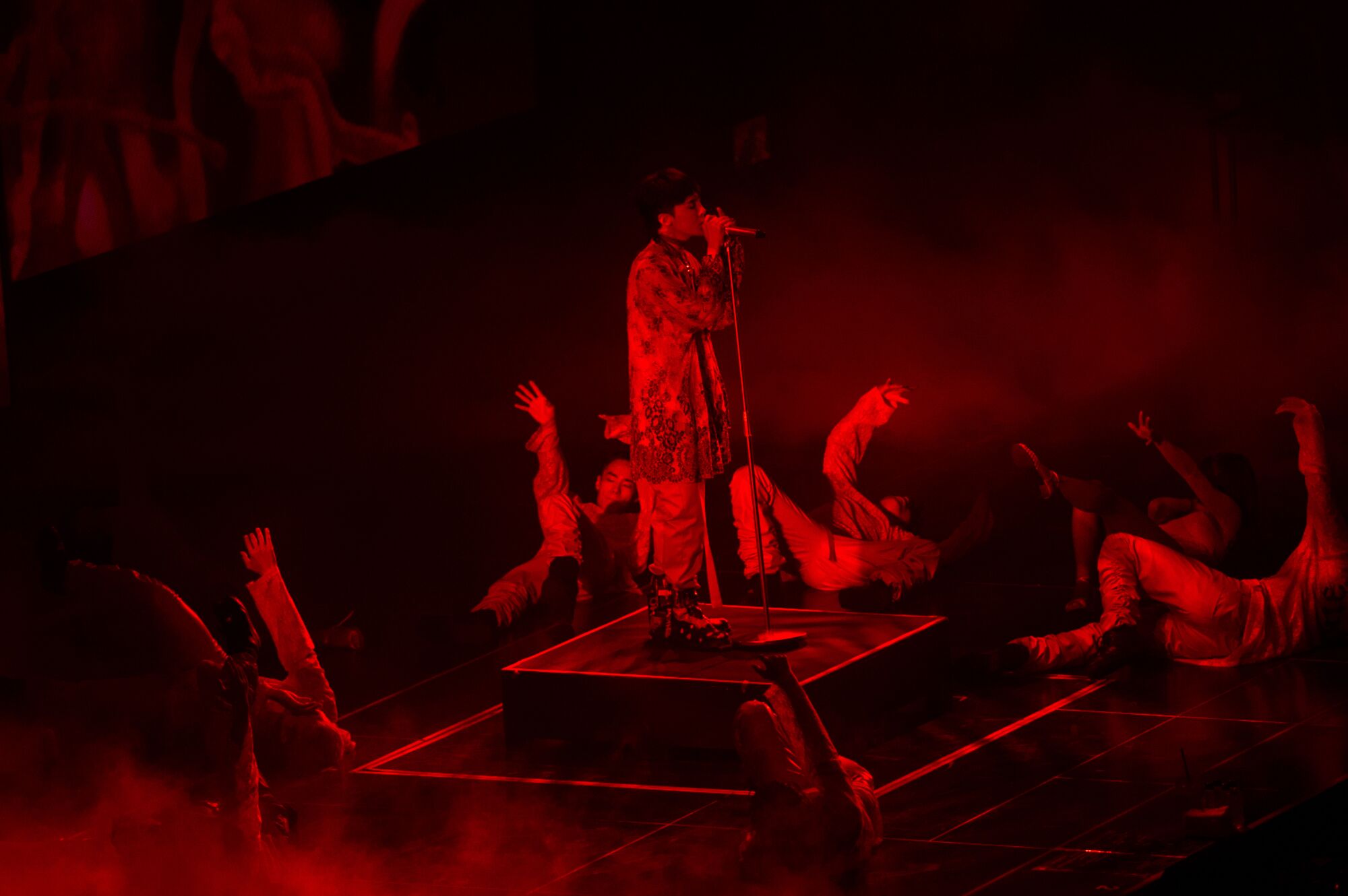 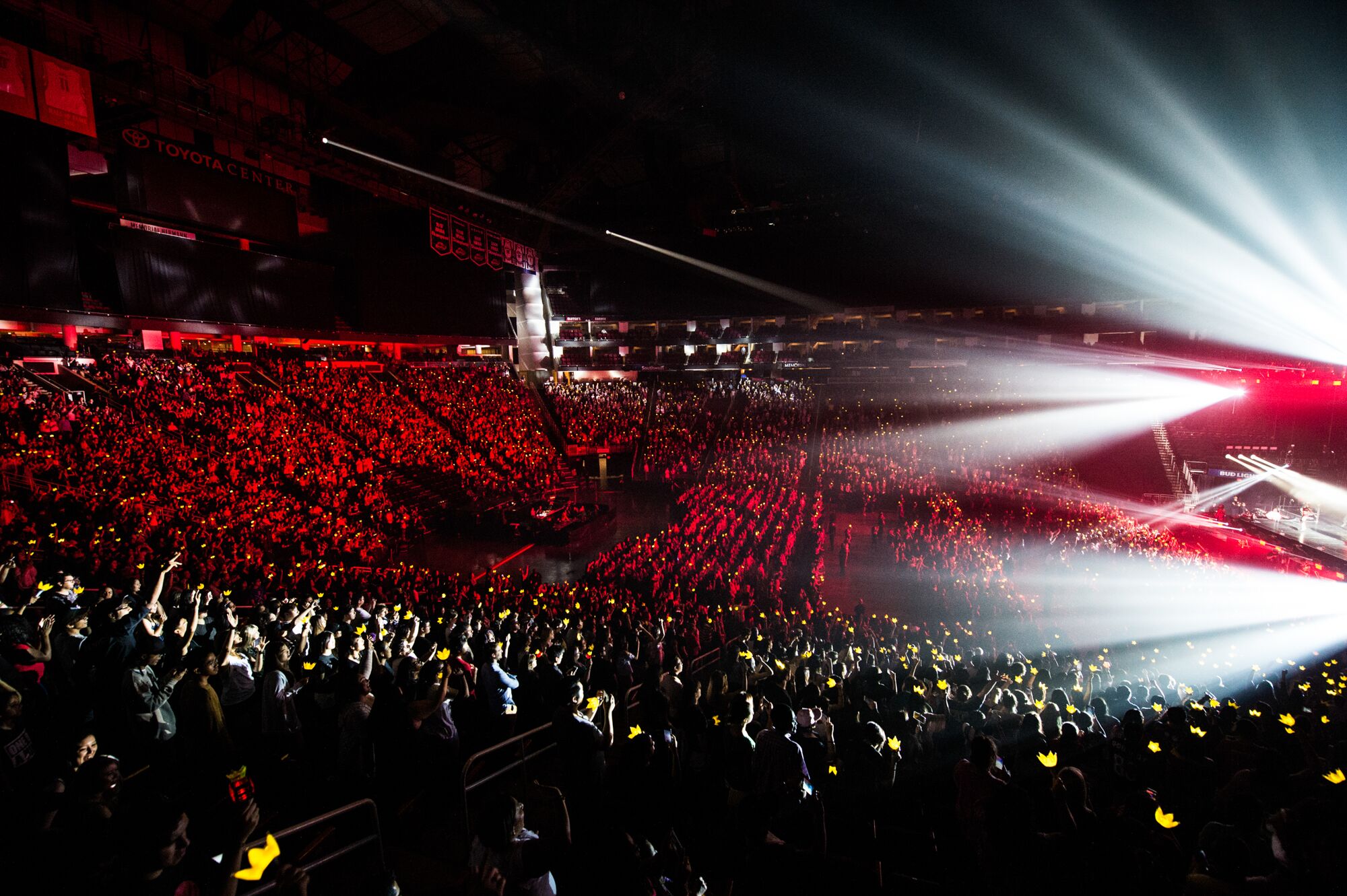 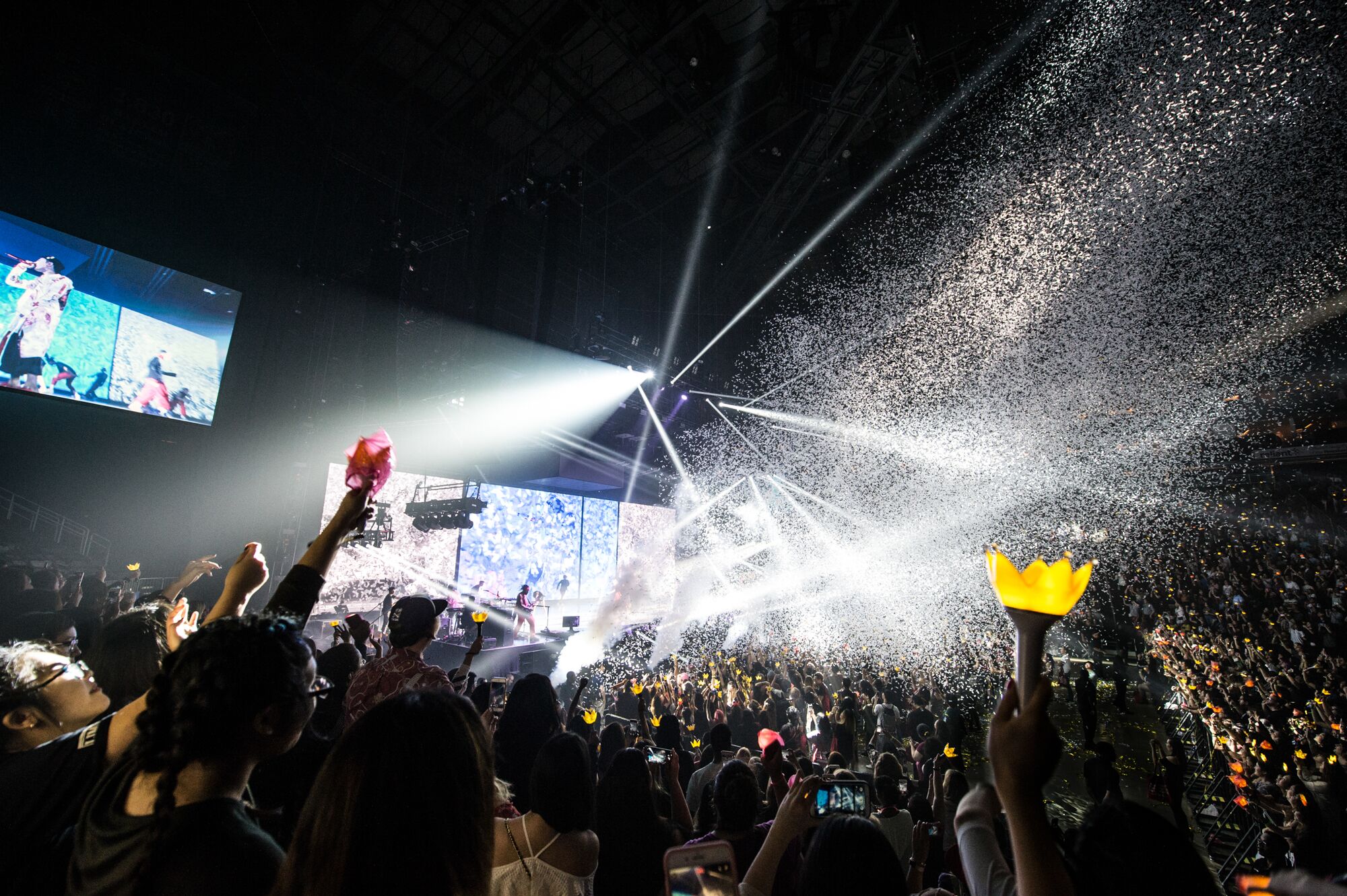 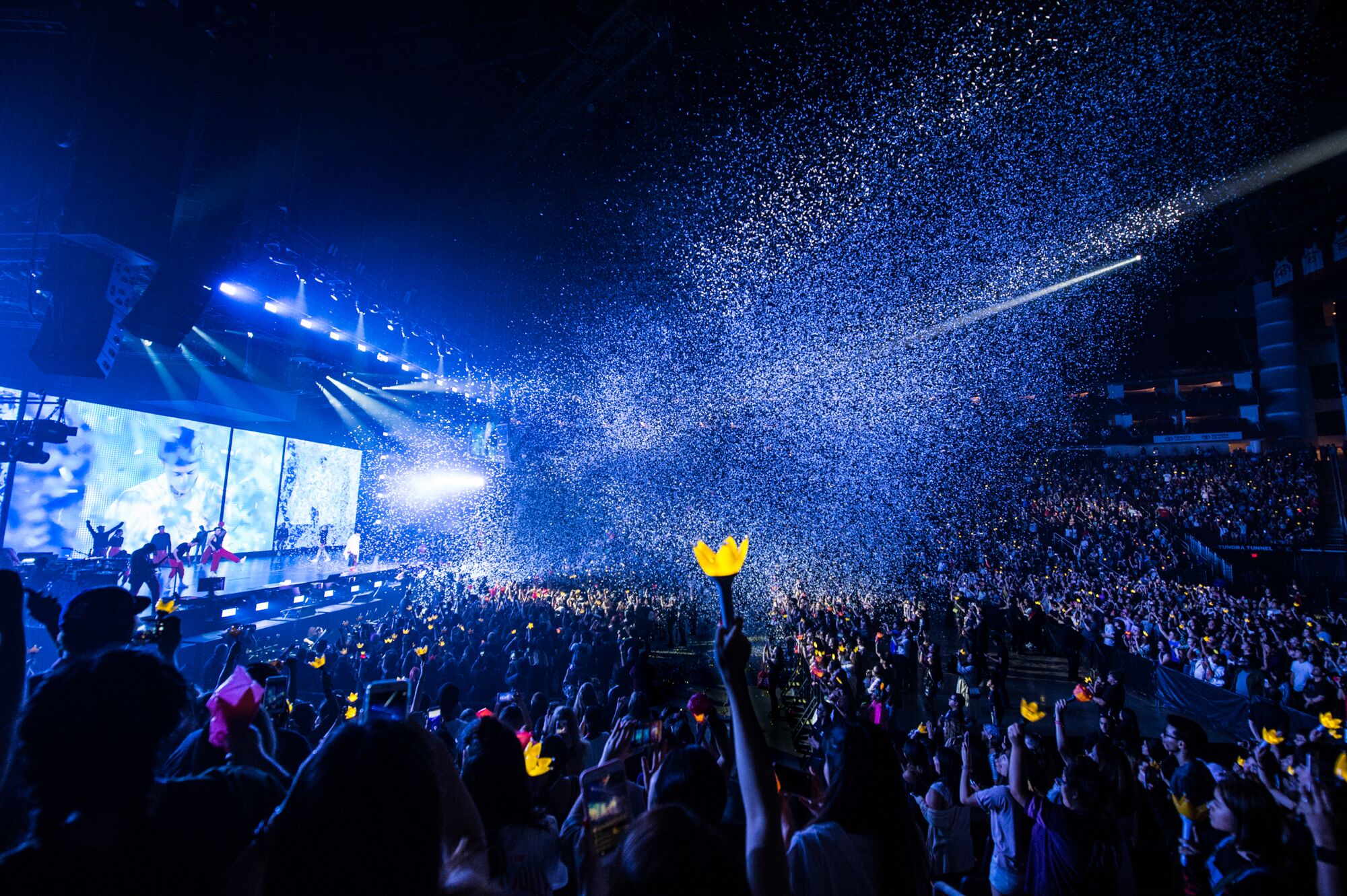 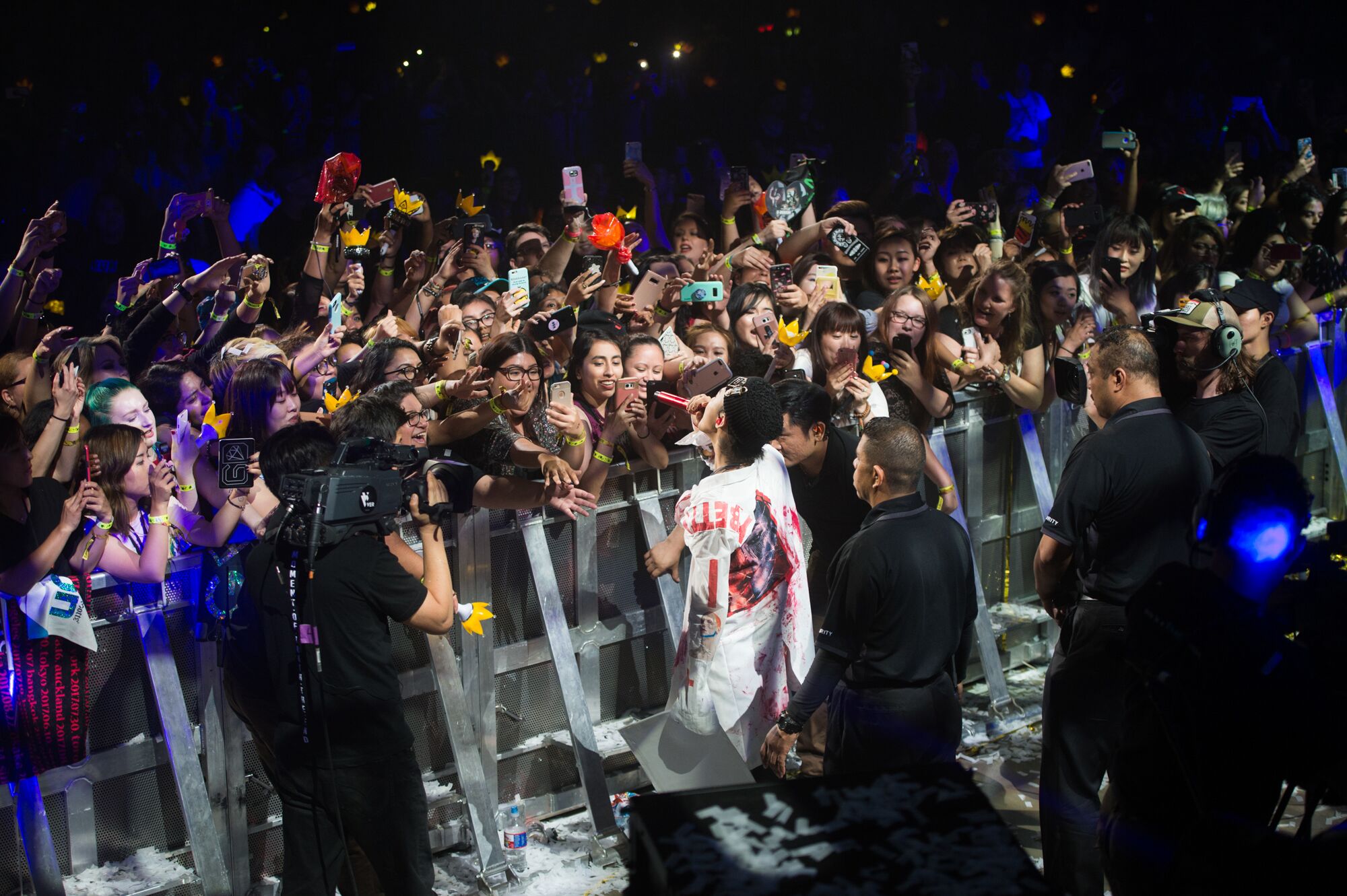 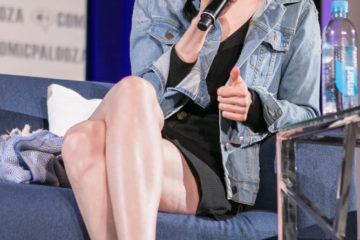