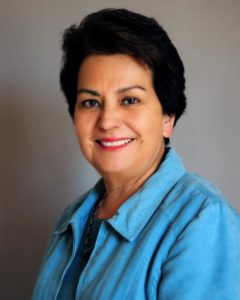 The search for leaders in our political system usually starts at the top – identifying top officials in government, business, the military, nonprofit/advocacy organizations, or other major social and cultural institutions. The search for Latino leadership in American politics usually follows a similar approach. Those who hold federal or statewide elected office are especially viewed as spokespersons or representatives of Latino interests across the nation – whether they seek to fulfill these roles or not.

While acknowledging the importance of elected officials at the top of the nation’s political hierarchy, a new book on populations of color in the U.S. offers a different view of leadership – one that presents a more bottom-up approach to understanding who serves communities of color in elected office.

The book is Contested Transformation: Race, Gender, and Political Leadership in 21st Century America, coauthored by Carol Hardy-Fanta, Pei-te Lien, Dianne Pinderhughes, and myself and published by Cambridge University Press (2016). It’s a first-of-its-kind study of racial and ethnic minorities holding elective office in the U.S. at the beginning of the 21st century. Our focus is on Black, Latina/o, Asian American, and American Indian elected officials at the national, state, and local levels of government. 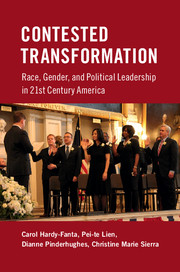 We draw upon two primary sources of information – a national database of elected officials of color that we compiled for the Gender & Multicultural Leadership Project (GMCL) and a telephone survey of a national sample of these officials. We look at their personal backgrounds, campaigns for office, leadership roles, policy positions, and prospects for interracial policy coalitions. A generous grant from the Ford Foundation supported our research.

We point out how demographic change in our nation is producing more diversity in the nation’s elected leadership – the most prominent, of course, being Barack Obama as our nation’s first black (biracial) president. But new faces of color are also appearing on our school boards, city councils, county commissions, and in state legislatures across the country. Women of color are driving the increasing numbers; in fact, they are getting elected at a faster rate than men of color and white non-Hispanic women.

Note that the 2016 election -whose results for the presidency overshadowed other significant electoral gains – sent the first Latina to the U.S. Senate: Catherine Cortez Masto (D-NV). She joins two other women of color newly elected to the Senate – a multiracial woman, Kamala Harris (D-CA) of Black and Asian Indian descent and Tammy Duckworth (D-IL), of Thai origin, who moved from the U.S. House of Representatives to the upper chamber in Congress.

Yet, patterns of underrepresentation persist for all racial minority groups at all levels of government. Our book title reminds the reader that creating greater access to the U.S. political system has historically been a contested project, with people of color fighting disenfranchisement, exclusion, and marginalization in American politics. Such fights continue – a case in point is a conservative U.S. Supreme Court dismantling much of the effectiveness of the Voting Rights Act, whose protections vaulted people of color to elected office. Hence, demographic change may be transforming our nation’s political landscape, but the transformative results remain open to question and challenge.

While our book is intended for academic audiences, practitioners of politics – e.g. community organizers, local politicians, those seeking to run for office for the first time – will find useful information on a multitude of topics. For examples:

Contested Transformation reveals that people of color are creating political change in this country. They are especially visible as elected officials at the lower rungs of government, where arguably policies that directly affect communities of color are being made. At a time when more governmental power and authority are being channeled to local and state officials, having elected officials of color in those arenas becomes indispensable to protecting minority rights and furthering an agenda that flows from the bottom up.

Christine Sierra is Professor Emerita in Political Science at the University of New Mexico. An expert in American politics, she frequently appears in national and local media. She can be reached at csierra@unm.edu. 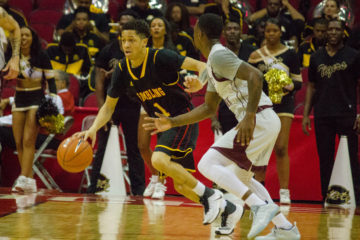