After a thorough practice on Wednesday, first-year Houston head coach, Major Applewhite expressed his approval on the impact that it had on the eighth day of practice.

“Today was big day because we had a great day yesterday,” Applewhite said. “Tempo was on both sides of the ball, both sidelines, the coaching staff. We knew today outside – after being forced into the bubble the last two, three days was going to be a measuring stick of mental toughness, ability to focus on every play and every rep.”

Although Applewhite was pleased with the results from yesterday’s practice – which featured the removal of the first blue stripe of off Houston receiver, Ellis Jefferson – there were some instances during practice that Applewhite saw that needed to be addressed.

Applewhite continued his assessment by talking about the progress of the quarterbacks.

“They’ve grown a lot, but still have a lot of room to improve,” Applewhite said. “Overall, tempo was slow, sometimes when you’re competing the tendency is to try harder. They all spend a lot of time in the offense, they’re all really sharp guys, very disciplined guys.”

While the quarterbacks have shown great determination during practice, Applewhite expects more out of them as they get ready for their second scrimmage.

“I just want them to play more essentially; with more tempo, more assertiveness and decisiveness when snapping the football.” 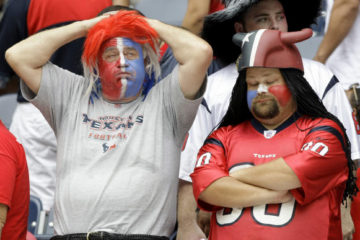