Ivan Sanchez is the youngest candidate in the running to represent Texas’ 7th Congressional District. Sanchez is the son of a Columbian attorney. The two immigrated to the U.S when Sanchez was a child. At 30, the self-called “Dreamer with Papers” hopes to represent the growing Hispanic population of Houston. Sanchez also serves on Mayor Sylvester Turner’s Hispanic Advisory Board

The Venture: DACA renewals were ordered to continue while a case makes its way to the Supreme Court. If elected, what would legislation concerning DACA or immigration need to look like to get your support?

Ivan Sanchez: Under the current Senate and House, nothing will happen. The biggest hope for comprehensive immigration reform will have to wait until the blue wave comes in November. You know what happened in 2010 when a part of the electorate couldn’t accept we had a black president? The Tea Party emerged to completely oppose the president’s agenda. It looks like Obama’s 2010 is going to be Trump’s 2018. We have to hope that the people of this country, minorities and people who embrace the beauty and diversity of this country, come out and vote these very divisive characters out of congress. We need people who acknowledge that we as immigrants are not here to take anything from the government. We want to give back to the country that gave us and our families an opportunity.

TV: You created the non-profit organization Houston Millennials. Who are they and what do they do?

IS: One night I had a couple of job offers to share on social media and I thought why not pipeline this to millennials. So I started this group on Facebook and I woke up to 700 new members. And over a thousand the next day. I called for a meeting with just one post and about 35 people showed up including lawyers, doctors and priests. All millennials. We decided to make Houston Millennials focus on placing young millennials in positions of influence and leadership in the public and private sectors. We have this program, Millennials for Office where we’ve already launched 32 people for public office. Its one of the reasons I’m running. People know us.  Now when other politicians and campaigns want information on the agenda of millennials, they come to us. We tell them we want to ensure the future of jobs and work with automation. We support Dreamers. We have a youthful and futuristic agenda.

TV: What was working for Sheila Jackson Lee like? How did that experience prepare you to run your own campaign and for any other future political endeavors you may have?
IS: It was very difficult working in her office, but I knew I was going to have a voice in my community. As I got adjusted to it, she really made me comfortable with the uncomfortable. Lee is the type of high-powered individual that would call me at 6 p.m. She’d say “Ivan, I want two events for tomorrow. One at nine in the morning at the airport. The second at 4 p.m. at the civic center. There’s going to be 400 chairs and you need to jam pack it.” I kept her up to date on constituents and deportation cases. We went from event to event. There were no weekends and no holidays. You never stopped thinking. I was under tremendous amounts of pressure for 5 years. I was recently on a tv program and myself and other candidates were asked how we would balance our personal lives with the job. I answered that there is no balance. This is a sacrifice for the masses. There’s just going to be true and authentic servant leadership here. I’ve been preparing for this marathon, and I understand. My family understands, and I’m ready to take this on.

TV: Are there any political heroes or icons you have? Anybody who inspires your work?
IS: Of course, President Obama. Joaquin and Julian Castro of San Antonio. The Supreme Court Justice Sonia Sotomayor. But even if you ask Latinos who their Latino political idols are we don’t have many. People might not even know the Castro brothers yet. I don’t think I’m the hispanic Obama, but I will be part of the movement that finds the Hispanic Obama. It’s an honor to do this. I’m running to win but even if I don’t, we still win because more Latinos are going to come out to vote. Through activism and through Houston Millennials, we’re going to get our people in those open seats.

TV: Any final thoughts for people before they go out to vote on Tuesday?
IS: If they can elect Donald Trump to the White House, Houston can elect a Hispanic to represent them in Congress. So please vote for Ivan Sanchez. A person with integrity. A person with the experience and passion to give others a voice.

Sanchez is a University of Houston-Downtown graduate with a degree in political science. He has received numerous awards and recognition for his public service and organized advocacy events across Texas in support of Education, Immigration Reform, as well as LGBT issues.

This interview has been edited for length and clarity. 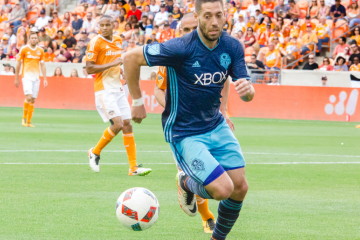