Sahari Zavala took her lunch break, sat in her car, and broke down in tears. She didn’t want to call her parents, but she knew they were worried about her. She never liked to show her emotions.

Zavala was at work when her manager broke the news to her that the Deferred Action for Childhood Arrivals program was ending. Her manager had no idea that she was a DACA recipient or “Dreamer”. It was something she never spoke about.

Zavala put on a straight face and got back to work. Acting as if the news didn’t affect the course of her future. She has faced challenges her entire life as an undocumented immigrant in the U.S. and this is no match for her optimism.

DACA is a program implemented by the Obama administration that aims to protects young people like Zavala who were brought illegally to the U.S.  It gives them the opportunity to get a license, work permit, and apply for college. The program provides a sense of security for the “Dreamers” that fear deportation.

Sahari Zavala and her mother Sara Zavala left Mexico when she was 2 years old and headed for Houston, Texas to live with her father Jamie Zavala who was already settled in the U.S.

Leaving at such a young age, Sahari Zavala has no memories of her hometown and never stops thinks about what her life could have been in Mexico.

Above everything Zavala relates closely to the American culture she has been apart of since her earliest days.

“I consider myself Americanized. I can’t relate to what they find popular (in Mexico). That perpetuates the fear of me going back and not having the knowledge on how to interact with people (in Mexico), ” Zavala said.

In Hispanic culture topics such as immigration status are always kept at the highest level of secrecy in fear being deported. So it comes as no surprise that Sara and Jamie Zavala never told young Zavala that she was here illegally.

She reminisces on how she had to find out about her immigration status as a young girl.

Zavala was always a straight-A student and was highly recognized by her teachers (she eventually went on to graduate valedictorian of her class), but when she was asked to attend an out-of-state field trip for gifted students she had to find out for herself that she couldn’t leave the state due to her immigration status.

Zavala’s voice shakes as she fights back tears explaining the event, “I had to translate to my parents that I was not able to travel. I was so confused,” Zavala said.

Zavala was of course heartbroken but had an idea she wasn’t like her classmates and knew her parents had a reason for not telling her.

“It’s not something we talked about openly. It’s something we keep very secretive. I didn’t know if it was something to be ashamed of but it definitely felt that way for a while,” Zavala said.

As the years passed, Zavala found out about the DACA program and applied. After jumping through the hoops of the legal system to provide endless amounts of documents that proved she was here for more then five years (terms of DACA eligibility) she was able to find some normalcy in the country that made her feel alienated.

Zavala described the process she went through to be approved.

“It’s very invasive but you’re willing to do anything for a couple of numbers (Social Security numbers),” Zavala said.

Five days before her thirteenth birthday Zavala found out she was awarded DACA. Joy, relief and excitement were some of the emotions she used to describe that moment. Finally, she felt like a citizen. A feeling she had always longed for.

When Zavala turned sixteen she went on to get her license and first job at The Gap in the Rice Village shopping center.

Zavala’s first and only job has a special place in her heart. The Gap hired her through an outreach program for undocumented workers.

It’s a company she is deeply devoted to. She’s so devoted that she’s chosen to study public relations at the University of Houston in hopes of being a PR specialist for The Gap.

“I know it sounds silly but it’s my dream job to work for them. It’s a brand I feel I owe a lot to,” Zavala said.

When President Trump announced he was ending DACA it was a shock to the nation because he had previously vowed that he wouldn’t make changes to the program.

It put an expiration date on Zavala and ripped away the blanket of security that DACA provided. With the clock ticking she is scrambling to finish their degree before time runs out.

Even though Zavala is being singled out once again because of her immigration status she is not letting it distract her from making the best of her time her in the U.S.

Despite the pressure the deadline has put on her life Zavala remains hopeful and somewhat unbothered.

She’s made changes to speed up her graduation date by taking extra classes and said,  “Even before this happened I was always striving to finish ahead of time.”

Zavala is not worried about going back to Mexico because she believes that it won’t have to come down to that.

She has put high hope in the U.S legal system “It sounds weird but I have faith in our system,” Zavala said “We’re decent human beings. We’ll come up with something.” 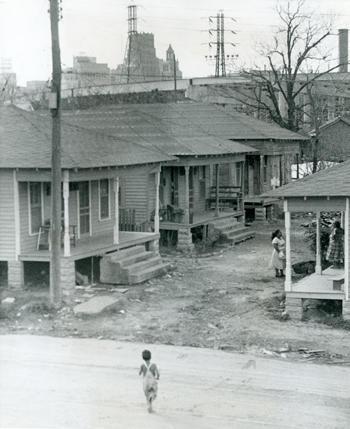