Houston edges Los Angeles FC in penalties, advancing to the US Cup Finals

Houston fans got the opportunity to experience another victory over Los Angeles Wednesday night, although this time it wasn’t on the diamond but on a soccer field.

After a grueling and excruciating round of penalty kicks, the Houston Dynamo prevail over the Los Angeles FC to advance to the finals of the Lamar Hunt US Open Cup Final.

However, it wasn’t easy for the men in orange.

“Today, we faced a very tough opponent,” Houston Dynamo head coach, Wilmer Cabrera, said. “Even though we were ahead, they came back and tied the game.”

LAFC took the early lead on a counter attack in the sixth minute when midfielder Lee Nguyen played a through ball to forward Diego Rossi; allowing the Uruguayan in a one-on-one with Willis at the top of the penalty area.

Rossi slipped a right-footed shot past Willis to the left post to put LAFC out front.

Houston retaliated by scoring two goals of their own in the first half to take the lead.

On the 12th minute, defender Adam Lundkvist whipped in a corner kick from the right side to the far post, finding defender Andrew Wenger, who redirected the ball into the net with his chest.

Houston wound up taking the lead on a goal by forward Mauro Manotas in the 25th minute.

Houston appeared to have put the game away after Memo Rodriguez scored the third goal for the Dynamo on the 75th minute.

“[My] teammates around me make it easier for me to isolate me,” Rodriguez said. “At that point I have to do what I have to do and go at players and hopefully create something to get a shot or a pass, and to create scoring opportunities.”

LAFC wasn’t going to go out without a fight.

The Dynamo allowed a crucial goal in the final minutes of the second half that allowed Los Angeles to tie the game, sending both teams into overtime.

Neither team couldn’t get the upper hand in overtime, humidity and exhaustion playing a factor.

“Yeah, I think a lot of us were pretty exhausted afterward. I think them and us. It’s tough conditions you know —the heat, the humidity,” Los Angeles FC DF, Steven Beitashour, “I think everyone at that point was at some point cramping and you know we fought hard.”

Tensions were high for both, the fans and players, as the penalty shootouts began. Each player from both teams scoring their respective goals until Houston’s Boniek Garcia failed to score.

Houston’s goal keeper, Joe Willis, sought redemption after having allowed LAFC to score the tying goal earlier and got his opportunity after making two crucial saves against LAFC’s Lauren Ciman and Latif Blessing to keep the Dynamo alive in the tournament.

“I think at that point; you try to make one or two saves to help your team” Willis said. “Also, hope that we make our penalties, and that’s what happened tonight.”

On the final kick of the shootout, Houston’s Philippe Senderos scored the winning goal that propelled the Houston Dynamo towards the final of the Open Cup Finals – first time in club’s history.

“I’m proud of the players. I appreciate the support of the fans. So, since 2009 we haven’t been in the final,” Cabrera said. “Houston Dynamo is in the final, and it’s well deserved. To the city, to the fans, and its’ well deserved by my players. I’m really happy.”

The Dynamo will host the Philadelphia Union in the Final at BBVA Compass Stadium on Wednesday, Sept. 26.

Houston edges Los Angeles FC in penalties, advancing to the US Cup Finals 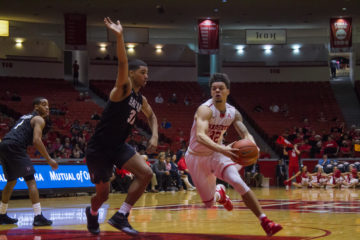