The Houston Rockets headed into Game 4 with a commanding 3-0 lead in the series as they looked to complete the sweep against the Utah Jazz and head to the 2nd round of the playoffs but the Jazz wouldn’t allow that to happen.

The Utah crowd was completely behind their hometown team as the intensity was high the entire game. Early turnovers and lackluster amount of defense would plague Houston in the first half as Jae Crowder would catch fire scoring 12 points in the first 5 minutes of the game and the Jazz were able to get easy shots throughout the first two quarters.

As the 2nd half began , with the help of James Harden and Eric Gordon’s ability to shoot the three, the Rockets looked revamped as they would continue to move the ball at the fast pace that they normally play with, would force turnovers of their own and eventually took the lead but their revamped performance didn’t last long.

The tide would completely shift in the Jazz’s favor in the fourth quarter as their rugged defense would pay off. The Rockets once again looked out of sync as they did in the first half. Shooting woes and turnovers in the 4th quarter would be the deciding factor in their 91-107 loss in Game 4.

Donovan Mitchell absolutely took over in the 4th quarter scoring 19 points and outscoring the entire Rockets team himself in the quarter. Mitchell finished the game with 31 points, 7 rebounds and 4 assists as Jae Crowder finished with 23 points.

The Rockets look ahead to Game 5 in Houston to finish the series and advance to the Western Conference Semis as the Jazz look to continue to keep their season alive. 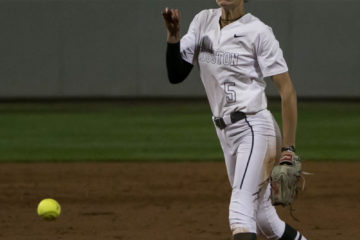