With the Undisputed Middleweight Champion Robert Whittaker out due to injury, Israel Adesanya (16-0) and Kelvin Gastelum ( 15-3 ) were slated to meet and fight for the interim title in the Co-Main Event of the night. With Adesanya coming off an exciting bout and win against UFC legend Anderson Silva and Gastelum coming off wins against Ronaldo Souza and UFC Hall of Famer Michael Bisping, both men looked deserving for this matchup and the winner facing Whittaker upon his return.

As the first round began, both men look to position themselves to get the upper hand in the fight. Being known as a strong kickboxer , Adesanya starts to deliver kicks but has no effect and Gastelum is looking to avoid the long reach of his opponent. As the round progresses , Gastelum throws a barrage of punches left and right and drops Adesanya as he begins to get the upper hand in the round. Although Adesanya recovers, he starts to get hurt by many more punches during the late stages of the round and his face starts to swell up.  As the 2nd round progresses both men throw powerful punches but Adesanya begins to find his range and drops Gastelum but he eventually survives the round.

As the 3rd and 4th round continues, both fighters look for the finish as powerful shots start to land from both middleweight contenders. Both fighters look exhausted as the fight and shots continue to be thrown by both Adesanya and Gastelum. In the 5th and final round, Adesanya looks revived and energized as he lands very significant punches that stuns the exhausted and bloody Gastelum and drops him. With the crowd on their feet , Adesanya nearly knocks out Gastelum only to have the final horn sound and the contest end. With the bruised and bloody faces of both fighters on display, the final results are in and Israel Adesanya wins via Unanimous Decision and becomes the new Interim UFC  Middleweight Champion and earns a future matchup with Robert Whittaker.

Photo by The Peach Review 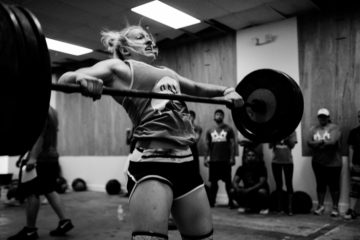