In a span of a few short years , Conor McGregor became one of the biggest draws in UFC history. As he continually began to gain victories in the Featherweight division in the beginning of his UFC career , his popularity skyrocketed due to his trash talking , his outgoing personality and bold predictions.

He eventually defeated the likes of Jose Aldo Jr. and moved up a weight class to defeat Eddie Alvarez to capture both the Featherweight title and Lightweight title both simultaneously and became the first man to do so.

At the prime of his career, McGregor made a transition to boxing to challenge Floyd Mayweather in a losing effort and after nearly two years away from the UFC , he made his inevitable return loud and clear as he would controversially smash a bus window with Khabib Nurmagomedev in his sights and soon after the fight between the two would be official.  McGregor would end up losing due to submission to Nurmagomedov at UFC 229 and a chaotic brawl after the fight occurred.

McGregor has once again been on hiatus from the sport of MMA due to a suspension resulting from the brawl but many assume that fans have seen the last of the Irish superstar in the octagon while others wonder when he will make his return and who he will fight next.

Over the last few months, fighters such as Donald “ Cowboy “ Cerrone and Anderson “ The Spider “ Silva and others have shown their interest in fighting the Irish superstar in a future bout but last month, McGregor himself surprisingly announced his “ retirement “ on Twitter that sent shock waves throughout the UFC world.

Hey guys quick announcement, I’ve decided to retire from the sport formally known as “Mixed Martial Art” today.
I wish all my old colleagues well going forward in competition.
I now join my former partners on this venture, already in retirement.
Proper Pina Coladas on me fellas!

Although McGregor announced his departure from the fighting game, he has continued to be very vocal on social media as he has thrown numerous controversial insults at former opponent Khabib Nurmagomedov and his religion on Twitter , hinted at the possibility of fighting several fighters after their fight performances and recently stating how he could never really walk away from fighting.

With almost a $100 million net worth and his own whiskey company on the rise, it will be interesting to see if Conor McGregor will indeed make his return in a UFC octagon soon or if we have indeed seen his last performance at UFC 229. 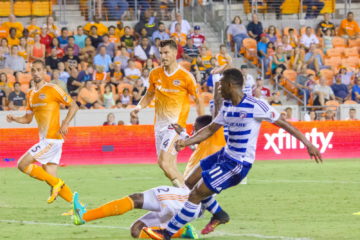