What does it mean for a boy to become a man? Is it finishing high school, going to college, graduating and getting that perfect job? All while meeting the perfect mate and creating a family? By 20th century standards, that would be the plan. That was considered “right” and just what men did. In 2019, things have drastically changed.

Interestingly enough, the same can be said for Mixed Martial Arts. The evolution has been fast and still developing, so much so, that what was not the norm, will now be the standard. In the early 1990s the idea of which combative art would beat the next was the question. Boxer against wrestler, wrestler against jiu jitsu practitioner, jiu jitsu practitioner against thai fighter, and so on. No one knew the answer because every matchup would incite debate and many times, what should have happened, did not. Now almost 20 years into the 21st century, we are faced with a new breed of Mixed Martial Artists where the idea of “Mixed” has been taken to heart.

Meet Jonathan Davis. A 21 year old young man that much like MMA, his story is interesting and still developing. At the young age of 12 he stumbled into Mixed Martial Arts out of self-defense. “Chris Soliz, me and him played soccer and football together and one day he just comes into the locker room and he just comes up behind me, chokes me out and puts me to sleep. They leave me in the locker room and I wake up like ‘what just happened?’” Shortly after, he found 4oz Fight Club and his whole life changed.

Gone were the days of systematic school attendance and nonchalant decision making. Davis would now be training and competing with some of the best in the world at one of the best MMA gyms in the state where nothing is structured and each decision, in and out of the cage, is imperative. Not just sticking with one discipline, he learned them all, simultaneously. From the age of 12 to 16 he competed all over the country with kickboxing, jiu Jitsu and wresting until he was legally able to compete in MMA at the age of 17. His life now was devoted to managing school, training for competitions, managing and cutting weight, a social life, family, and being a highly anticipated professional prospect. With what seems like having everything, many would ask why be so passionate and consistent with the sport? “It changed my life and I wasn’t always the best kid. My parents didn’t want me doing bad, breaking laws or hanging out with the wrong people because that’s always an option when you’re just sitting around. It took me out of what could have happened.”

Keeping a focused mind, as the number one amateur in Texas in 2017, he was defending his flyweight title against Joseph Aguilar in what would be his last amateur bout. In a shocking outcome, Davis was defeated by slam KO losing his title, but the consequences of that result did less damage, and more development. “It hurt. It made me throw a lot of questions at myself. My parents were worried and I talked to a lot of good people. I just took my time off. Doing this for 10 years you can get burnt out and going through a loss like that can make things worse. I just took some time with my family, still training, but not thinking about competing and it ignited a spark again” said Davis.

Losing a fight many times is like a death. It can take something from you and you need time to grieve and rediscover yourself. The true competitors grow and become better physically, and most importantly, mentally. “I had to learn how to accept my knockout and not make excuses. He was just the better man that day. Now I go into every fight thinking that’s a possibility and let’s focus on the win and don’t think about losing. So I go in there now mentally strong. I think about winning and the mindset I have is just be a dog. Be ruthless, be smart, be technical, be aggressive. It took me a lot of soul searching to get like this. I want people to see the love I have for the sport. I put my heart and soul in this and everyone knows you have to be a dog in there. I want them to see me putting it all on the line, showing technique, being dominate and then when I get out of the cage, I’m just regular old Jonathan.”

Since that loss, Davis has bravely made the professional leap racking up a 3-1 record with his next fight in Houston on June 29th for Fury Fighting Championship. Everyone has a reason why they start competing, but with the world at his feet, why continue? “It’s a learning thing. I am a religious guy and I believe in my Lord and Savior. I plan on letting God do everything for a reason, accept what happens and move on. As a man I plan on keep getting older and wiser.”

Jonathan Davis is far from regular and is an excellent example of how combat sports can change and better an existence. It is when one is tested that true character is developed. True bravery is not achieved through sunshine. It is only when darkness swallows the light that a boy finds the luster and creates his own way and becomes himself. A man. At a very young age Jonathan Davis is doing just that. In finding Mixed Martial Arts, he has liberated himself from the ordinary shackles and not only choosing the path least traveled, but creating one for his legacy.

True combative artists are brave beyond rational thought choosing to inflict pain on an adversary who’s trained to do the equivalent. Winning that war is the ideal outcome, but losing and rising above the ashes of the grave that is defeat is what true character and being a man illustrates. Jonathan Davis is well on his way to that greatness. Training, studying to be an EMT, being family guy, and in becoming himself he illustrates both sides of the coin; A gentleman and a warrior. To accurately achieve both, you have to be a dog, but be humble. 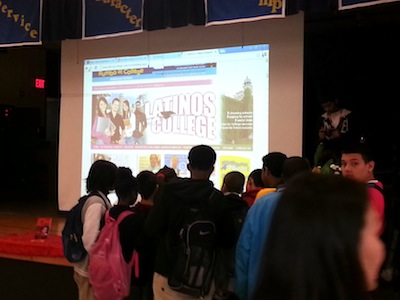