Sometimes, being good just isn’t good enough. You have to be great. For the average person, good is sufficient, but for a real competitor, greatness must be achieved. Being a champion calls for so many different eccentricities that attribute to success. Heart. Discipline. Desire. Tireless work ethic. Composure. Integrity. The audacious belief in oneself, and at the very minimum, talent. In boxing, the symbol of elite pugilism is gold. Robert Redmond Jr. is one of the few competitors who aspire for that greatness. With the opportunity to fight for the ABO Welterweight Title for El Tigre Promotion on July 13th, Redmond Jr. intends to do just that.

A Houston native, Redmond Jr. didn’t just stumble upon boxing. It was part of his family lineage. Always wanting to try it, he walked into the boxing gym as a teenager and never looked back. As a successful amateur, he decided to take the leap and enter the professional world and it wasn’t long before he understood he needed to level up. In his first professional outing, he was given a Majority Draw that fueled his fire even more with the next three bouts ending in a TKO. One of which was the talk in the Houston boxing scene for quite some time. In a bout with Jose Ceja, he was displaying pugilist skill against a very worthy opponent when a sharp right hand out of nowhere shut the lights out and put Redmond on the canvas. Swiftly standing before the end of the eight count, he gathered himself and without hesitation, Redmond Jr. tactfully thought of destruction without abandoning caution out of emotion ending the fight in the very next round.

His win streak continued up until February 2018 with another unfortunate Majority Draw. After a long year layoff and a switch in teams, he came back this past April with his first professional loss in a very controversial decision. With a quick turnaround, fighting for Next Fight Up Promotions, making the necessary adjustments he turned the tables and is now back on the win column.

Losing is humbling, and beyond that, it reveals who a fighter really is. A fighter may mentally quit, physically quit, or both. Sometimes the demons of losing, or just not winning, can bleed into training, or even worse a fight. For Redmond Jr., he wasn’t concerned with that. He was fighting to win and not fighting not to lose. “I always fight to win, but in the last fight and this one I had a lot to prove for my namesake” said Redmond Jr. A champion’s mentality that never wilts under pressure. “I just love the game and you got to take the good with the bad. I am a boxer, not a dude that boxes, so this is who I am and I can’t change that even when I’ve tried.”

What makes a champion is someone who adapts. Someone who isn’t just a bully, but someone that rises to the occasion of the opposition whether the opposition is life or just the valleys in the sport. In the boxing world, and life in general, it is like a wave. You can either catch it or ride it. You can be conquered by it or take control and ride it. You can get swept away in the life because you’ve succumb to what is expected, whereas if you ride the wave like a vibe, you can feel it. You can direct yourself even if the wave me by headed off the desired path. Once control is achieved, you let the wave lead up on your journey to finding your inner light. For Robert Redmond Jr., his path has seen it’s peaks and valleys, yet he has refused to succumb and be swept away. He’s riding that way and a champion’s path appears to be a bright one heading up. 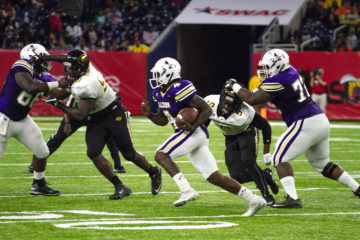