We often hear the term “B-Line” through our years; not the actual physical movement of making the letter “B,” but the colloquial usage of the term pertaining to focus.

It comes from the act of one of the most beautiful, and undervalued creatures on Earth; the Bee.

Webster’s dictionary defines a B-Line as a straight and direct course. The livelihood of a bee is contingent from nectar to flower. Every day, after a nectar is found, said bee goes straight to their hive to inform the rest of the honey bees; no matter the weather.

Wind, rain, other flying beings, or anything that might be in their way; nothing stops it. They focus on nothing more than what will be essential to what makes them whole. Their existence.

They show up and ‘B-Line’ to their lives.

Humans don’t have that luxury.

Time, trial’s & error’s and an endless amount of mistakes makes us comprehend our purpose.

For those who listened and acted on their purpose, everyday is a gift. A day at the office is everything to the contrary of normal; expected and mundane. Knowing your purpose means gratuitously waking up before your alarm clock because you desire so heavily, and graciously, to enter your day. For many combat athletes, this existence seems to have been one of two beginnings; happenstance or a generational plan, but either being cosmically by design.

For Quinton Randall, it appears to be both. Known by his pugilistic moniker as AlphaWolf, Randall, a decorated amateur boxer from Houston, TX has come further than many naysayers would have expected.

Randall amassed an impressive 79-12 amateur record – becoming the USA Boxing team captain, and now preparing to continue his undefeated professional boxing record on October 4th, but the highlight is what has preceded these accolades.

Before his amateur career, Randall was a kid with just a dream of becoming a boxer. He was exposed to the sport at the age of 12, but still allured by street life. At the age of 19, Randall had become a convicted felon, but that dream never escaped his mind.

While completing his sentence, he taught others to hold mitts and used his thin, and flimsy mattress as a heavy bag by rolling it up and using socks as his gloves. Upon completing his time in his early twenties, he came home to Houston and went to work.

One to never back down from a fight, Randall was as active as he could be and fought the best of the best at multiple weight classes. Training nonstop to always stay ready for competition; however, nothing would’ve prepared him for what was about to happen next.

After making the USA Boxing team, Randall would leave for Colorado to spend time with his young son, Quenell. On the way to see his son, Quenell was involved in a car accident which wound up taking his life.

Losing a loved one can hinder one’s drive and no one would have blamed Randall if he had made the decision to temporality walk away from the sport. For some athletes, nothing beats them but time and in his case, he didn’t have any to waste. Soon after his son was put to rest, Randall headed for training and went on a tear.

For him, boxing was healing.

“Boxing is my life. I have nothing else to fall on,” Randall said. “This sport saved my life when I got out of prison and it did again when my son passed. It’s medicine for me. It’s recovery for my soul and mind. It keeps me grounded and humble.”

The average or casual fan does not realize the power of combat sports. It is more than just two people engaging in physical activities. It is an art that ecompasses much more than physical abilities. These are the key components in being talented, but will is a characteristic that is engraved in one’s DNA.

It is the difference between surviving and succeeding.

The will to win, and the will to do everything within oneself to not have long term dreams be detoured by temporary desires, or, in Quinton’s case, the will to carry the heavy burden of The Supreme Being’s plan while simultaneously staying focused.

A convicted felon who had a late start in boxing is now leading an extremely successful amateur career and what looks to be a promisingly successful professional career. It appears as if his purpose is to be the physical embodiment of strength, discipline, courage and resilience.

In addition to being knowns as AlphaWolf, he referred to himself as Mr. #55Strong. 55 being Quenell’s football jersey number.

“I’m a survivor,” said Randall. “I am Quenelle’s dad, a proud father, a Dragon Ball Z/SUPER and a dog lover. I am an a symbol of strength for whoever may need me. I am Mr. #55Strong.”

Randall’s next fight will be October 4th as he faces Marquis Hawthorne. To know your purpose, and to be confident in that purpose, is to be beyond favored and to have a level of mental power that is incomparable to the average.

D'Eriq King To Redshirt For The Rest of The Season 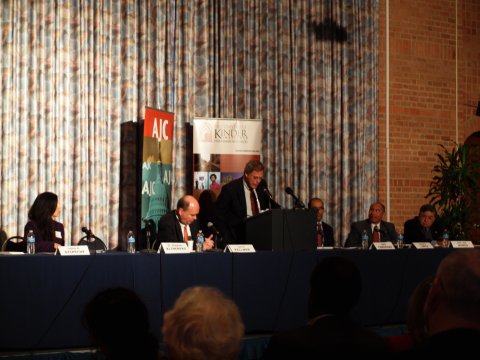