One of the most important days in our lives is the day of our birth. Had it not been for that day, we would fail to exist. In many ways, it is sad that we have no recollection of that day. Only stories from our parents and other loved ones on the day we said hello to the world. It is a remarkable day, indeed, but what supersedes said day is the day you become yourself.

Something happens when we are born. Not born in the traditional sense, but when you are born into the person you have created; the person you have worked for. The person that you always and never thought you would become. Your own creation that has stepped into your destiny. An awakening in which you realize where you have been, who you are now, why you are.

With creation involves evolution and evolving is a layered process that sheds and grows parts of you. It’s painful yet gratifying, but what makes you ache inspires the change. Jeremy Dotson has changed into someone no one would have ever known to be. The Jeremy 10 years ago, would not recognize the Jeremy of today. At 315 pounds standing 5 foot 9, he made a transformation that not only saved his life, but the life of his dear cousin, Dedra Tisdal. In the blink of an eye he made two life changes: lose weight and lose weight to donate a kidney to save her life. Dotson being O negative was an ideal candidate, but he had to get his BMI down to safely proceed with the surgery. Successfully reaching his goal of 230 with weightlifting and traditional working out, there seemed to be something missing. Recovering from a procedure of that magnitude is challenging, but he wanted more or a challenge and that more, was Martial Arts.

His love began with a simple viewing of Mike Tyson and the art of pugilism. “As a kid I loved boxing and soon as I saw Mike Tyson throw hands, I knew it was for me. After college went to some boxing gyms and then later got introduced to MMA. I just got hooked because for the first time I was able to exhaust mind and body. I was Physically drained but emotionally free” proclaimed Dotson. But how can something so physically demanding and mentally restricting be a path to freedom? For him, it lets Jeremy be Jeremy. Fighting “let’s me be me from the inside. Let’s me get through all childhood things I’ve been through. My father wasn’t around. I knew who he was, but never spent a lot of time with him. For a long time, I had to outsource what it meant to be a man. My stepdad abusive to me, sister, stepbrother and mom, so school was an escape, but I felt like a caged animal. Fighting keeps me grounded and keeps me at peace.”

After finally being able to unleash himself, he found himself at a mental roadblock. Going into his last fight he was 0-3. He was everything he wanted to be in the gym, but when the lights were on and shined on him in the cage, he was different. He wasn’t the same. There’s something to be said about a person that has the ability to harness anger and compete. Strangle the part of you that is full of rage and control the impulses. Dotson’s last amateur fight was something different. Something changed and a switch flipped. “I was fighting our of impulse and anger. My mind frame wasn’t there. I just remember how my last loss felt and now that I know what that feels like, I don’t ever want to feel that again” said Dotson. “That fight, my mind was right, focused and I fought proactively. I fought not to fight, but with a game plan to win.”

The recipe proved to be a success. To that date of his last fight, he went from a 315 non-active man with limited discipline for fighting or life in 2012, to a motivated vegan dropping down to his lowest and most in-shape self at 161 pound with a vision for himself in life and winning in impressive form. He is now continuing his success and competing in Belize on February 29thand is currently running a successful JDot Productions which specializes in creating and designing Runway Ports. “My goal is to change everything I touch” said Dotson. “Being around a completely different environment exposed myself to me. I want to give myself to myself to be available for everyone else.”

Combat sports has a ruthless and honest way of illustrating who you are and who you are not. Training Martial Arts is one thing, but it takes a special person to compete. When camp starts, nothing else matters. Your focus is on winning and to do that, blocking out everything else that won’t aid in that success is crucial. For 6-8 weeks, sometimes less or more, you simply, eat, train, sleep and repeat. You are training for vicious physical versions of Chess and your opponent is doing the same. Then the day comes for that dance, but in order to have the combative dance, you need a willing partner. Someone who believes they will be the better fighter that day. But at the core of fighting, it isn’t about beating your opponent; It’s about defeating the part of yourself that said you couldn’t. Demolishing the timid part of you that crept behind the person that hid the pain and disguised it as confidence. It’s about becoming the person that satisfies you and only you and having the audacity to evolve.

Everyone has a testimony but with that comes a test, or in Jeremy’s case, several tests on his journey. Fighting obesity for the sole purpose of giving an organ to a beloved family member and continuing his journey in combative sports. Then, on a 0-3 record, still having the courage to drop a weight class to compete against more technical oppositions and demolishing them in the first round. And even more impressive, conquering all physical, emotional and mental doubt within himself through self-reflection, change and focus.

In the cage, you are the only person that can save you. Jeremy evolved into the only Superman he needs. 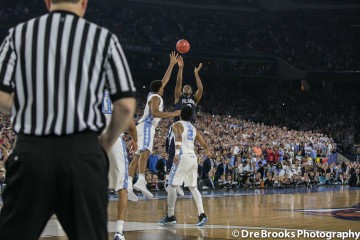