The Fury FC flyweight title will be up for grabs on March 7.

Silva (6-4) will put his title on the line after two appearances on Dana White’s Contender Series in 2020. Former champion Carlos Vergara (7-2-1) last fought in October 2019 with a knockout win over Shawn Solis.

The card will also include two other title fights.

The co-main event will feature a rematch as Leomana Martinez will defend his 135-pound title against Casey Jones. Martinez defeated Jones via knockout during their first meeting in 2018.

Featherweight champion Cameron Graves will take on Brazilian native Gabriel Macario. Macario will move down in weight to challenge Graves, who is set to defend his title for the first time.

Silva, who fights out of Houston, is 6-2 in his last eight bouts. His last win came in February 2020. Vergara is on a three-fight winning streak.

The event will take place at Bayou City Event Center in Houston, Texas, and will stream exclusively on UFC Fight Pass. 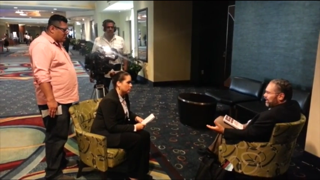