‘Combat Sports Coverage’ hosted the Rise of a Champion submission-only grappling event in Tomball on Saturday.

It was the first time CSC held bouts inside the 4 Corners Conference Center. The new location included more seating, LED lights, and screens displaying the matches. These added features allowed host Thomas Galdenzi and his event aides to deliver an exciting experience for spectators.

Each submission-only grappling match lasted 6 minutes each. If neither competitor gained a submission during that time then the contest would head to overtime and a single takedown would win the match.

Other highlights of the event included six tournament final matchups.

Gavin Lopez defeated Keandre Dennis in a rematch to win at 145 pounds while Kyle Todrank was victorious at 155 pounds over Quan Le.

Daniel Ontiveros edged out Clay McGuire in overtime to win at 215 pounds while James Ford outlasted Jake Schneebeli to gain a victory at heavyweight.

Galdenzi hopes to return to 4 Corners Conference Center sometime in mid-late May.

“Everyone seemed to love the new venue,”Galdenzi said. “Overall this new venue was amazing and I can’t wait to be back.” 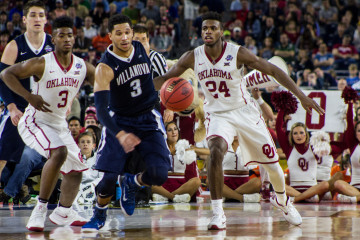